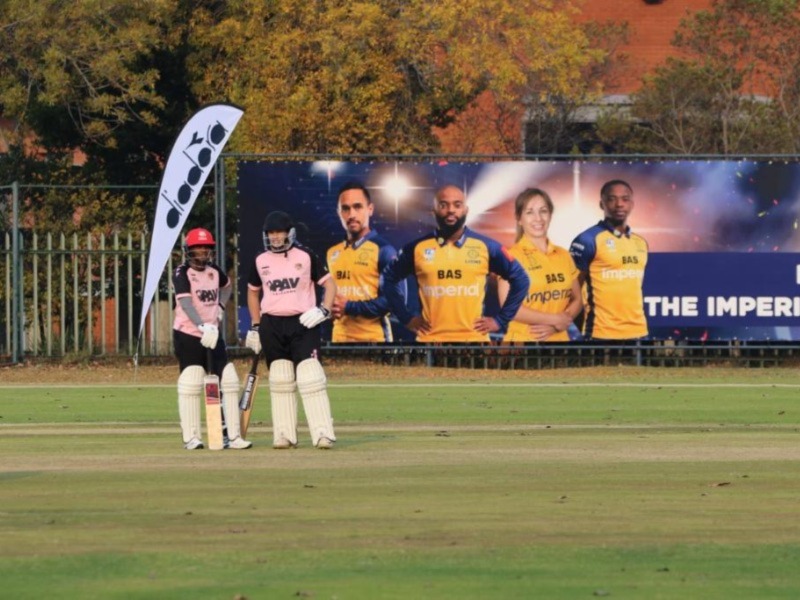 The 84 team, 1200 player tournament which spans across 10 divisions from under 11 through to Veterans, and it’s the support shown by the communities that has set this tournament alight, so says Tournament Director Reuben Mandlazi:

“This tournament has been exceptionally well received by the club communities and spectators in attendance throughout. In our view as Lions Cricket, the Diadora Jozi Cup is a carnival of cricket, that will continue to thrive with multiple matches played at one venue, creating hype, camaraderie, exposure and learnings. In my opinion, there has been tremendous growth thus far for both coaches and players on the field and outside the boundary ropes, a key objective set from the outset by Lions Cricket.”

Many matches have come down to the last ball, with much the same anticipated for the week ahead. The Lions Cricket premier winter competition for girls, boys, men and women was created with the aim of extending the community club cricket season, providing a platform for membership numbers to grow at clubs while ensuring that more competitive cricket be played and that the game itself is driven back into the special communities we serve, so says Lions Cricket CEO Jono Leaf-Wright;

“We believe that hosting the finals at the iconic Imperial Wanderers Stadium will be a fitting end to a competition that has encapsulated the true meaning of “community”. The tournament vision was always to bring our cricket communities together under one umbrella, ensuring that all school teams, academy teams and clubs would be united under one brand. It was because of this that we found players from far and wide within our Province joining community clubs in order to participate – further enhancing the community spirit amongst such areas”.

“This tournament has ensured that we take the game into area’s that wouldn’t typically have hosted such matches, giving them the opportunity to showcase their passion, pride and absolute talent on field and off from live music to posters to special facilities and great pitches”.

“The tournament has been embraced far beyond our expectations – whether it be support from the boundary ropes, social media posts, thank you emails and so much more. It’s been the support from families and friends that have afforded the players to play with passion and freedom, with their underlying aspirations of playing in one of the 10 finals hosted this long weekend at the iconic Imperial Wanderers Stadium. A massive thank you to our partner Diadora and our other special partners who believed and shared common values in launching this tournament.”

Leaf-Wright concludes with a thank you to his Lions Cricket team;

“Typically, their off-season, the Lions Cricket Services team have gone above and beyond to deliver a tournament that has been so appreciated by thousands and thousands of our valued cricketing community and for that I burst with pride and appreciation. As a team, we too have learnt and grown, and look forward to an even better 2023 edition. But in terms of this year, we DREAMT BIG and won’t stop until the final ball is bowled come Sunday evening 19 June. We cannot wait to show our fans the cricket carnival we have planned!”

For any media related queries, please contact Wanele Mngomezulu, Lions Cricket, Marketing & Communications Manager on +27 63 940 8841 or wanelem@cricket.co.za.  Visit us on www.lionscricket.co.za or follow us on our official twitter handle @LionsCricketSA and Facebook page Lions Cricket and #DiadoraJoziCup #LionsCricket.

LIONS CRICKET (Central Gauteng Lions) is the custodian of all cricket activities in the greater Sedibeng, West Rand, Vaal, and Johannesburg area and manages the Imperial Wanderers Stadium and Imperial Lions.

Diadora clothing is designed to make every step of the wearer important. We do this by putting into each product care and passion, creativity, and inventiveness- the hallmarks of our sport. We do this by committing ourselves every day to make our steps in the world more sustainable. We want to be by everyone’s side for every important step along the way, playing sports (especially cricket) our philosophy.