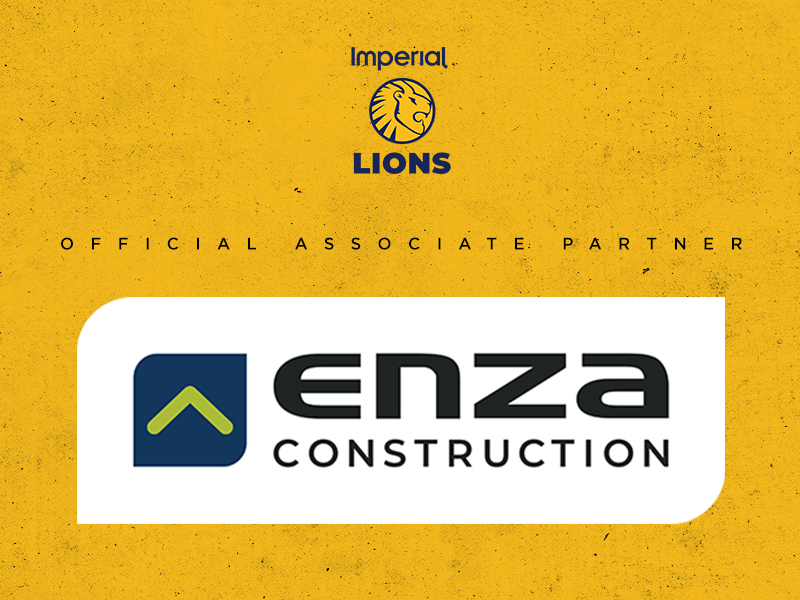 Johannesburg – Off the base of a perfectly constructed partnership, Lions Cricket are delighted to announce a two-year partnership extension with ENZA Construction.

“We’ve thoroughly enjoyed the last few years with the Lions Family – whether it be their teams, people or tournaments – they are a professional outfit whose values are aligned with ours at ENZA Construction and so we had no hesitation in renewing.”

Over and above the company’s association with the Imperial Lions Mens team, ENZA are also the naming rights sponsor to the Lions Cricket ENZA Mens Premier League, a competition won by Marks Park Cricket Club this last season “We’re absolutely over the moon that we’ve retained our valued ENZA Construction partners and their multifaceted support for our teams and our tournaments. The chaos of Covid is still rife, so to retain and continue partnerships with  partners such as ENZA, and have their backing as we head into the future, is of unqualifiable value and so appreciated. The Crowie brothers are entrepreneurs at heart and their hard work, innovative thinking and community care aligns with many of the principles of Lions Cricket and we are so excited to continue walking this journey with them” smiles Lions Cricket CEO Jono Leaf-Wright.