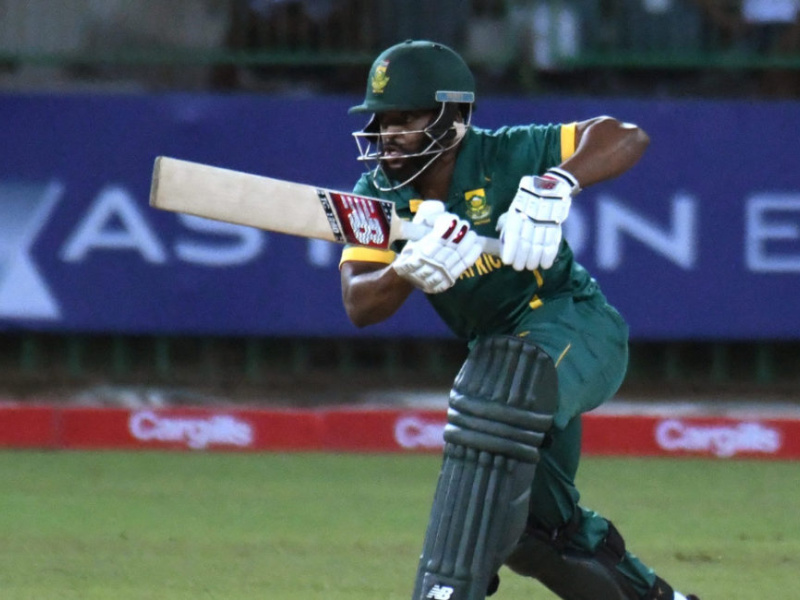 JOHANNESBURG: Temba Bavuma will lead the Proteas in the seventh edition of the 2021 ICC Men’s T20 World Cup taking place in the United Arab Emirates (UAE) and Oman. It will be his first major world event at the helm since his permanent appointment earlier this year.

South Africa qualified automatically for the tournament by virtue of their top eight position in the MRF Tyres ICC Men’s T20I Player Rankings. The Super 12 section of the event will take place from 23 October to 14 November with South Africa playing in Dubai, Abu Dhabi and Sharjah.

Cricket South Africa (CSA) is pleased to announce the following players in the squad that will represent South Africa at the World Cup:

The three reserve players will travel with the team as part of the ICC’s COVID-19 medical protocols.

This will be the team that will take on Sri Lanka in the upcoming three-match T20 International series in Colombo from 10 to 14 September with the exception of Lungi Ngidi who has joined his IPL team, the Chennai Super Kings, to complete the CSA return to play protocols and to acclimatise to the conditions of the UAE before the start of that tournament. They will be led by Keshav Maharaj, who took over the captaincy on an interim basis from Bavuma after the skipper fractured his right thumb in the first One-Day International (ODI) last week.

“The National Selection Panel and I are extremely excited to announce this squad, which we believe is a world-beating squad. It has been a busy last few months for the Proteas and we have had enough time to assess our options and we are pleased with the outcome,” said CSA Convenor of Selectors, Victor Mpitsang.

CSA Acting CEO, Mr Pholetsi Moseki commented saying: “Congratulations to our selectors on putting a competitive squad together, while taking injuries, form and team balance into account. Good luck to our team, whom I am sure will make our nation proud.”

Mpitsang added that “there is no better time than now for us to bring home the trophy and bring the nation together in a way that only sport can. We hope that South Africans will rally behind this team and cheer them all the way to the final.”

“We are confident that we have a well-balanced and well thought out World Cup squad, with reserve players that are more than capable and up to the job if called up for it. The team has blossomed well under the leadership of Temba Bavuma and we look forward to seeing his return to the international stage once he is fully recovered from injury.

“On behalf of the National Selection Panel, I would like to wish Temba and coach, Mark Boucher all of the very best as the team continues to finalise its preparation in Sri Lanka and as Temba looks to make a full recovery from his injury,” he said.

Mpitsang said the inclusion of Maharaj provides the team with an extra string to its spinning bow, together with his proven leadership credentials.

“Kesh is an excellent leader. He has the backing of the team and us as a Panel. He has more than proven his leadership skills in the Dolphins set up and reinforced our good decision during the ODI series against Sri Lanka which ended on Tuesday.

“His exemplary captaincy is what we believe is in the best interests of the team’s stability during this last international series that the team gets to play ahead of the World Cup.”

Further good news is that captain Temba Bavuma is expected to be declared fit in time for the tournament.

“The prognosis is good and we are delighted to have such a strong leader at the helm of our unified team, which is committed to excelling and making all South Africans proud,” concludes Moseki.