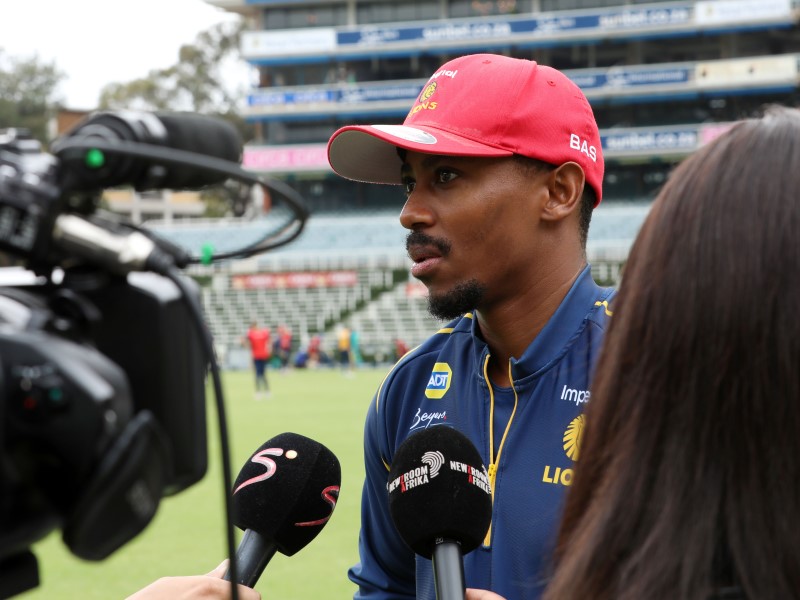 JOHANNESBURG: The inaugural divisional CSA Four-Day Domestic Series gets underway across the country this weekend, with the first round of matches being hosted at seven venues nationwide from Friday, 29 October to Monday, 01 November.

Under the new domestic structure, South Africa’s premium First Class competition has adopted a two-division league format with eight member unions represented in Division One, while Division Two is made up of seven teams who were part of the last season’s CSA Three-Day Cup.

All teams will play each other home and away, with the two log-leaders after seven and six rounds of games respectively, crowned champions.in March 2022.

In the opening round, Division One offers mouthwatering clashes with the Six Gun Grill Western Province starting the season off against the Hollywoodbets Dolphins in Cape Town, the ITEC Knights going head-to-head with the GbetsRocks while the Imperial Lions host the North West Dragons in Johannesburg.

The fourth and final game of the round features the Momentum Multiply Titans taking on the Warriors at SuperSport Park in Centurion.

The action from the 2021/22 CSA Four-Day Domestic Series Division One and Two will be streamed live on the CSA YouTube page from 10h00 daily.

In preparation for the games, this is what some of the Division One coaches and captains had to say ahead of an enthralling red-ball campaign –

“The preparations have been really good. We have built on the environment for the T20 tournament. The guys have been continuously prepping for the four-day competition and everyone is in high spirits.

The goal is to win our home games, make Newlands a fortress again and build on from there. The opening game is at home against a strong Dolphins side, which we respect and fully know what they are capable of but we back ourselves to put in good performances,”

“Moving from white-ball cricket straight into four-day cricket has been quite a quick turnaround for us. Our preparation was all before the season started. The guys have played four-day cricket before and the guys will go back to basics and we can hit the ground in the first game at Newlands.

“Our preparation has been pretty good, we come from a T20 competition and the guys can handle the state of play.

We don’t set specific goals for any competition, we just take it one game at a time and in the game against the Rocks, we will see what happens with the toss and take it one session at a time,”

“It will be a bit of a challenge moving to four-day cricket after focusing on the T20 Knock Out cup but the guys have been putting in work, lengthening our training session and trying to get more overs into the legs.

“Our goals going into Division One is to do as well as we can and to win trophies, and I think we have got a squad that can definitely do that, so I am excited to see how we go into this four-day competition.

“The preparations have been good, we got a couple of extra weeks after we got knocked out (of the TKO) in the first round but it’s all been good and we look forward to the beginning of the season.

“Nothing has changed from the preparation we had going into the T20 competition, it’s still the execution of our skills and there’s growth that still needs to take place within our new squads, so we are looking forward to the opportunities that will be given to the youngsters and to see them take those opportunities,”

“Going into four-day cricket, it has been a quick turnaround having made it to the semi-finals of the T20 competition, there were only one or two days to prepare for four-day cricket.

“That’s part of the challenge of being a professional cricketer, the turnaround times are sometimes very quick and you just have to cope with it and deal with it. It’s more mental preparation than anything else needed to adapt to the four-day format,”

“The game of cricket doesn’t change much, if there’s a difference (between the two formats), the difference is time.In four-day cricket you just have to bat longer and take more time into consideration and guys understand that.

Ït’s just a mindset shift required from our boys, to make sure they are mentally fresh and mentally prepared in terms of what they are about to face against the Warriors,”

In Division Two, only four teams will be in action with the Hollywoodbets Tuskers pitting their skills against the Eastern Storm, while the Eastern Cape Iinyathi travel up to the north to face the Limpopo Impalas at the Polokwane Cricket Club.