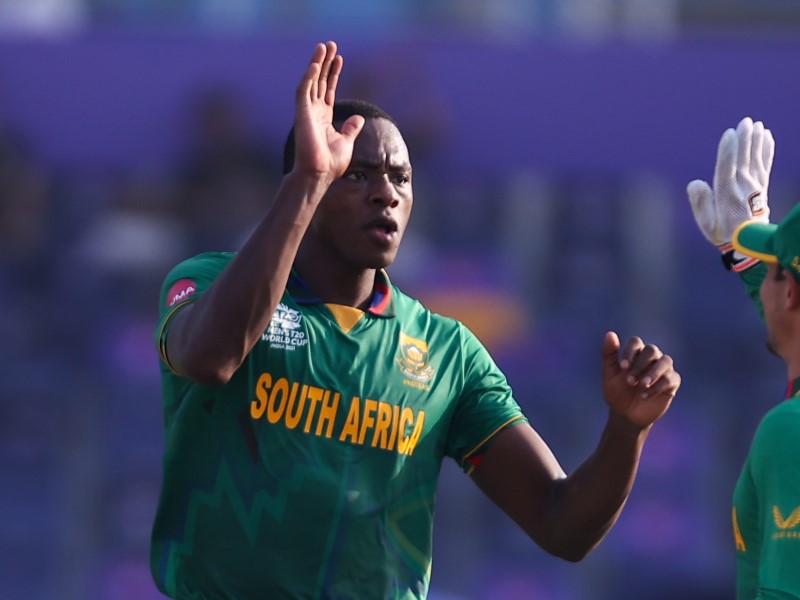 South Africa’s third win of the tournament moves them to six points in Group 1, extending their points gap to two on Australia in third place with one more round-robin game to play against England on Saturday, 06 November.

After winning the toss and electing to bowl first, the Proteas bowlers hit their marks from ball one, limiting the opening batters to just two boundaries in the opening three overs before Rabada picked up two wickets in as many balls, including Mohammad Naim (9) and Soumya Sarka (0).

Rabada then returned in his next over to remove the new man, Mushfiqur Rahim (0) to leave Bangladesh reeling on 28/3 after the powerplay and record his best T20 International return with the ball of three for 20.

Matters went from bad to worse for the subcontinent outfit, as the Proteas’ change bowlers built on the platform laid by Rabada, with Tabraiz Shamsi (2-21), Dwaine Pretorius (1-11) and Nortje (3-11) picking up wickets at regular intervals while restricting their opponent’s scoring opportunities.

Reaching the end of the 15th over on 62/6, a second Shamsi wicket, an outstanding run out from captain Temba Bavuma and another two wickets from two balls from a South African bowler, this time Nortje, wrapped up the Bangladeshi innings on 84 all out.

Liton Das (24) and Mahedi Hassan (27) were two of the only three Tigers batters to reach double figures.

Faced with defending a below-par score of 85 to deny the Proteas a victory, Taskin Ahmed (2-18) and Hasan (1-19) provided Bangladesh with a glimmer of hope with three early wickets before the South African batters took the game out of reach.

Rassie van der Dussen (22) and skipper Bavuma (32*) combined to good effect for a 47-run partnership for the fourth wicket to help South Africa chase the score down and secure the result with 6.3 overs to spare.