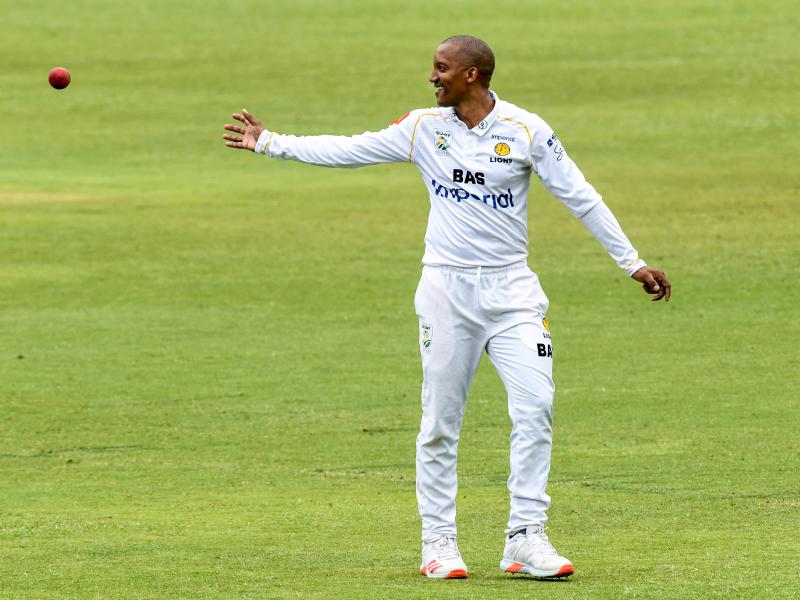 JOHANNESBURG: With the match heading towards a draw after days of rain in Johannesburg, the Imperial Lions made a courageous call at the start of the final day in their Cricket South Africa (CSA) 4-Day Domestic Series match against the ITEC Knights on Sunday that earned them a 10-wicket victory.

The Lions declared on their overnight score of 193 /3 with a first innings 69-run lead at the start of the day’s play before a Malusi Siboto-inspired bowling performance, that saw the medium-pacer take outstanding figures of four for 17 to bowl out the Knights for 103, which left the home side only needing 35 runs for victory, which they achieved comfortably.

The exciting clash at the Imperial Wanderers Stadium was one of three Division One matches still in progress in the fourth round of the competition after the Warriors completed a convincing win over the Six Gun Grill Western Province within two days.

Following a frustrating three days affected by rain, the Lions side backed their bowlers and made a brave decision to declare earlier than expected on their overnight score, leaving them all the day’s overs to pick up 10 wickets while restricting their opponents to a chaseable score.

That decision paid off almost immediately as they nabbed two wickets within the first five overs, before the duo of Wiaan Mulder (3 – 40) and in-form Duanne Olivier (3 – 13) alongside Siboto, struck more crucial blows in to the Knights’ batting order to leave them reeling on 57 / 6.

With only a narrow lead on the scoreboard, things didn’t get better for the team from Bloemfontein as Mulder and Siboto wrapped up the innings to dismiss the Knights for 103 all out after 49.3 overs, leaving the hosts requiring 34 runs to win.

The Lions openers, Joshua Richards (11*) and Dominic Hendricks (22*) made quick work of their second innings chase, surpassing the winning score after just 4.5 overs to record the team’s fourth straight win to cement their spot at the top of the table.

Meanwhile, at the JB Marks Oval in Potchefstroom, the North West Dragons made the most of the break from the rain as top-order batter Shaylin Pillay recorded his seventh hundred in the format as he and Christopher Britz (60 off 144 balls; 5 fours) put on 136 runs for the third wicket against the Hollywoodbets Dolphins.

This was after opening batter Lesego Senokwane, who scored 91 off 177 balls; 12 fours, 1 six, impressed upfront as the Dragons batted out the rest of the day to secure their first draw of the season.

In Paarl, inclement weather meant there was no play possible on day four between the GbetsRocks and the Momentum Multiply Titans as the two teams settled on a draw.

The next CSA 4-Day Domestic Series action will come in the shape of fourth round Division Two action taking place between 02-05 December, while the Division One sides will return on 19-22 December for pre-Christmas break cricket.