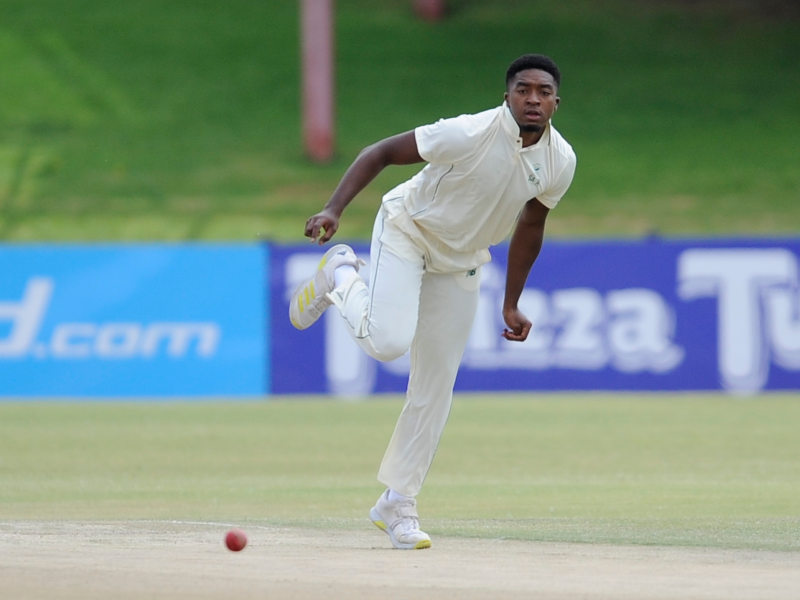 BLOEMFONTEIN: A fifth five-wicket haul in red ball cricket from Lutho Sipamla and a magnificent, unbeaten 153-run partnership between Sarel Erwee and Zubayr Hamza put South Africa A in control of proceedings on day three of their third four-day match against India A at the Mangaung Oval in Bloemfontein on Wednesday.

Impressive fast bowler, Sipamla (5 – 99) completed his milestone with two wickets in the morning session to help bowl out the visiting side for 276, with a slim 8-run lead after India A resumed play on 229 / 6, still trailing South Africa by 39 runs.

Marco Jansen (3 – 48) claimed the other two wickets for the home side on the day, continuing the imposing form that saw him receive a Test call-up for the Proteas for the tour against India.

Facing a minimal deficit, SA A quickly took the lead in the contest through a solid opening stand between Pieter Malan (27) and Erwee before the former was dismissed by the series’ top-wicket taker, Navdeep Saini (1 – 49).

Incredibly, that wicket was the last to fall for the remainder of the day as Test-capped Hamza joined in-form Erwee at the crease to devastating effect for their opponents.

Erwee went about his work in a patient manner, bringing up his second 50 plus score in the match, reaching 85* off 181 balls, including nine fours and one six, while his partner at the other end, Hamza, was the aggressor for the hosts, reaching his 27th First Class fifty and scoring 78* off 117 deliveries (11 fours)

The pair safely guided the South African side to a commendable 196 / 1, with coach Malibongwe Maketa’s team taking a second innings lead of 188 runs into the final day of the match and the series.

The enthralling last day of play will be streamed live on SuperSport’s YouTube page and on DSTV Now channel 246 on Thursday, 09 December.

South Africa A leads India A by 188 runs

Audio from Lutho Sipamla on day three of the third unofficial Test between SA A vs India A is available to download here.

South Africa A squad to play India A: