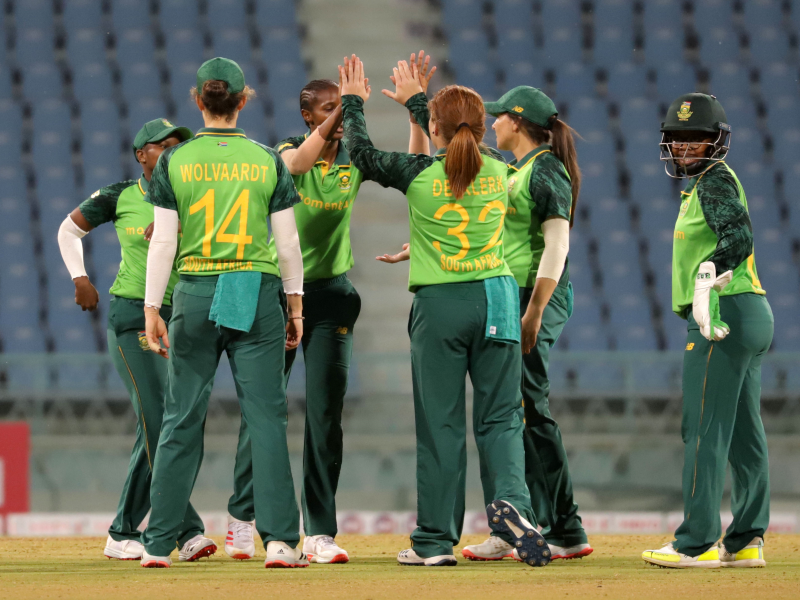 JOHANNESBURG: Cricket South Africa (CSA) is pleased to confirm a revised schedule for the inbound tour featuring the Momentum Proteas and the West Indies, consisting of five matches, including a warm-up clash and four Women’s One-Day Internationals (ODI), taking place between 25 January – 06 February.

To accommodate the concerns and request of Cricket West Indies (CWI), CSA has resolved to host all matches in a bio-secure environment (BSE) at the Imperial Wanderers Stadium in Johannesburg, a venue close to the hotel which has been secured for exclusive use due to the ongoing pandemic.

The series will be broadcast live on SuperSport and SABC free-to-air, with the day games getting underway from 10h00, while the day/night clashes begin at 14H00 local time.

This will be South Africa’s second consecutive 50-over series against the Caribbean outfit after the two sides met in a five-match series in the West Indies in September last year where South Africa were a Super Over defeat away from a historic clean sweep, winning the series 4-1.

Both teams will be utilizing the scheduled five matches to finalize their preparations before departing for the 2022 ICC Women’s World Cup being hosted in New Zealand from 04 March to 03 April.

“CSA is extremely excited to be able to confirm the schedule for the West Indies tour to South Africa during a critical time for the Momentum Proteas side as they strive to make history in this year’s World Cup,” said Graeme Smith, CSA Director of Cricket.

“Following lengthy and constructive engagements between CSA and CWI, all parties are delighted to confirm the fixtures that will allow both nations to play during these challenging times of the pandemic and get the required amount of cricket in the players’ legs before a major tournament.

“The Momentum Proteas had an exceptional year in 2021 – ending it as the second-ranked team on the ICC rankings in the ODI format – and it is important to continue that momentum with a significant series against quality opposition,” Smith added.