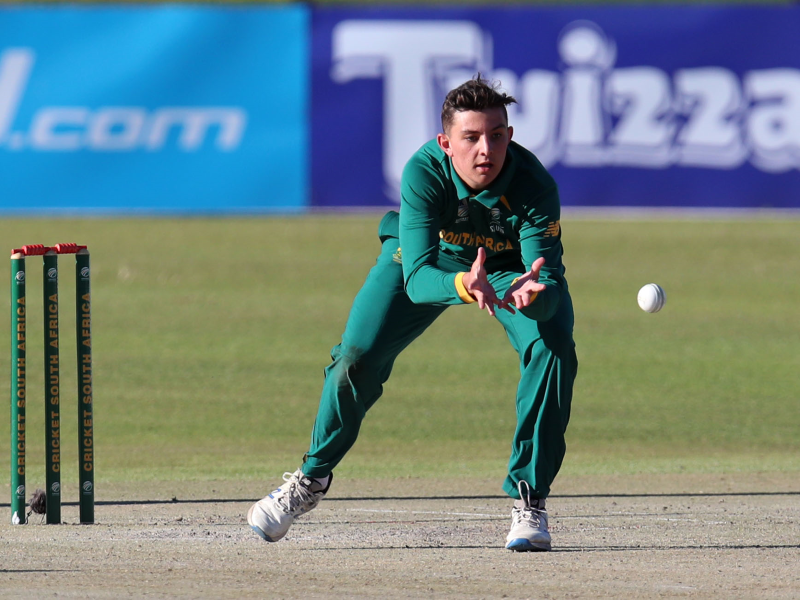 PROVIDENCE: While the senior sides battle it out in a thrilling Test series in Cape Town, the South Africa under-19s are ready to begin their long-awaited ICC U19 Men’s Cricket World Cup West Indies 2022 campaign with a captivating encounter against India on Saturday.

The Group B match-up gets underway at 15H00 South African time (09H00 local time) at the Providence Stadium in Providence, near Georgetown, the capital city of Guyana.

The action will be broadcast live on SuperSport Variety 1 and on the SuperSport YouTube channel.

South Africa will also take on Uganda on Tuesday, 18 January before a clash against Ireland on Friday, 21 January wraps up the pool stage action and the tournament advances to the playoffs.

During the captain’s presser on the eve of the global showpiece, Junior Proteas captain George van Heerden expressed his and the team’s excitement levels and eagerness to get started and even welcomes the games coming thick and fast.

“To be honest, I have never played games with so much rest time before in my life, so two to three days between games is quite a lot and the thing is for us, we are so keen to get out on the park now, having been here for such a long time with the tour against the West Indies before this.

“So, the minimal wait time is actually a good thing for us,” he added.

“We are extremely excited; last night a couple of us were chatting about all of the SA players that have gone before us, with the names like Aiden Markram, Rabada and all of those guys that been in our seat before us, it has been absolutely amazing

“It’s such a great opportunity for all of us and just seeing the people that are walking around the hotel; this morning I saw Simon Doull, Samuel Badree, Curtly Ambrose; it’s been eye-opening, but we are all just very excited about what’s to come,” van Heerden concluded.

After competing in last year’s Cricket South Africa (CSA) Provincial T20 Knockout Competition against professional players, the SA under-19 team travelled to the West Indies for a four-match Youth One-Day International series in testing conditions in the Caribbean.

The SA U19s then played two warm-up games, including an inter-squad game after their first match against Australia was postponed, before another contest against the West Indies to end what have been demanding preparations for the players.

Looking ahead to Saturday’s opener, head coach, Shukri Conrad says the team is in high spirits and although they are wary of their first opponents – who finished as runners-up in 2020 and won the 2018 edition – he is adamant the team are just as capable as India and his side will not go in as underdogs.

“The mood in the camp is really good and we are just itching to get on the park.  Everybody is in a good space, both from a skills point of view and from a psychological point of view.

“We haven’t really seen them (India). We watched a little bit of their warm-up game yesterday and I don’t see them as favourites going into this game as we want to start ridding ourselves of the underdog tag; especially when we come up against India.

“We know they are a very good side and are probably a dangerous side, but so are we.

“They obviously have ability, they play quite an aggressive brand but ultimately, if we stay disciplined and stick to the game plans we put in place, and able to execute, there is no reason why we can’t beat them come Saturday,” Shukri noted.