TIME OUT WITH LIONS DEAF CRICKET 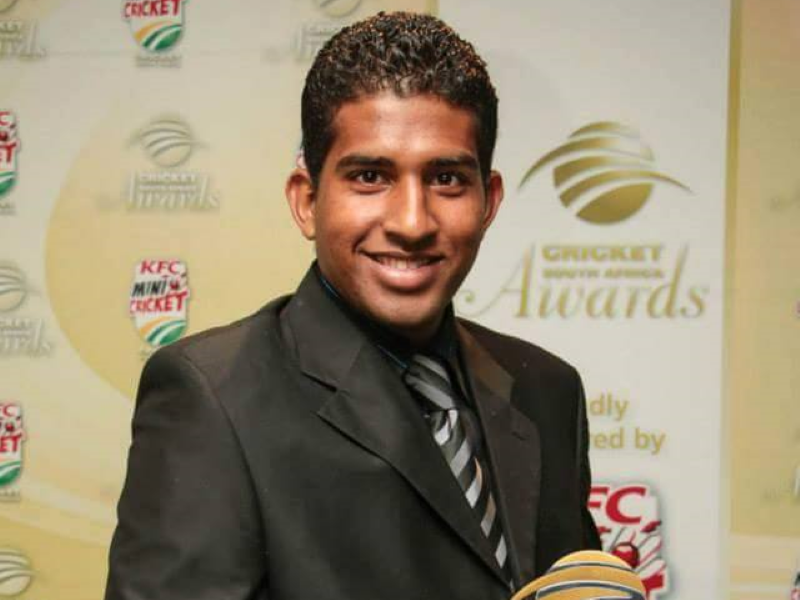 We caught up with Chairperson of Lions Deaf Cricket Sivesh Poonsamy-Muthoo. He takes us through Deaf Cricket, his cricketing journey and what to look forward to in 2022.

Lions Deaf Cricket is affiliated to the Lions Cricket Union where 95% of all committee members are Deaf and all players are Deaf. Any players that want to join Lions Deaf Cricket will need to match the criteria for the hearing decibel requirement as set out by International Committee of Sports for the Deaf to qualify (Hearing Loss of at least 55 dB).

Sivesh Poonsamy-Muthoo, who has been an avid cricket fan for as far back as he can recall, was born fully Deaf;

“Since I was small, I have been playing cricket with my family and most of time with my neighbour and friends and have always looked up to our Protea players. Right now, I am Chairperson of Lions Deaf Cricket including Wits Lions CC, where I also play for both sides. I am an all-rounder where I open the bowling for CGLDC and Wits Lions and first or second change for DCSA. I bat in the middle order. I open the bowling for Deaf Cricket South Africa, and I have been privileged to play in three international tours thus far. I made my debut against India in the DICC Champions Trophy Dubai in 2016.”

There are no different rules to hearing cricket and all the ICC rules still apply to Deaf cricket, says Poonsamy-Muthoo, with the only real difference being that Deaf players cannot hear the nick off the bat to the wicketkeeper;

“Because of this, we rely heavily visually. We also cannot hear the cheering or shouting on the field and therefore eye contact with players and the captain is crucial. We use South African Sign Language (SASL) to communicate to one another.

“In terms of the best game that I have played, it was my debut against India in the DICC Champions Trophy in Dubai 2016. I took my first international 5 wickets in that match. The next match against Pakistan I scored my 1st international half century as a number nine batsman. This was my first time playing for Deaf Cricket South Africa and in an international tournament. I was only 23 years old at the time and I am currently still representing team DCSA. In terms of players that inspire me, there are many players to whom I look up to, including international players like AB De Villiers, James Anderson, Glenn Maxwell, Hasan Ali, Chris Morris, Kagiso Rabada and Dale Steyn. Their performances have made me learn something that I would like to showcase in my own way. Their talents and performance always make me want to strive to do better on the cricket field.”

Lions Deaf Cricket recently attended the annual DCSA tournament however following COVID-19 protocols, as well as inclement weather, the tournament was suspended. In the Saturday 5 cricket league, Wits Lions CC has fielded a strong side winning a few matches despite training being affected due to strict protocols entering the training facilities as well as  rain continuing to play a factor with several games being called off.

In closing Sivesh Poonsamy-Muthoo would like to thank the Venter family;

“The Venter family have been the pillar and the stronghold of LDC over the past 40 years. Dionne Venter, Stephen Venter and his two sons Kevin and Colin Venter have been instrumental in ensuring that LDC are the organization they are today. They have all represented Deaf Cricket South Africa where Colin is currently the captain. The family and the Deaf community managed to recruit me and many more other Deaf people to join cricket.”

In terms of fixtures, the 2022 Inter- Provincial Tournament (IPT) will be played in April and Lions Deaf Cricket (LDC) will take part. It will form the selection for the Deaf Cricket of South Africa (DCSA) team preparing for the World Cup 2023. Wits Lions CC will continue to play in SA5 League under CGL throughout the season.