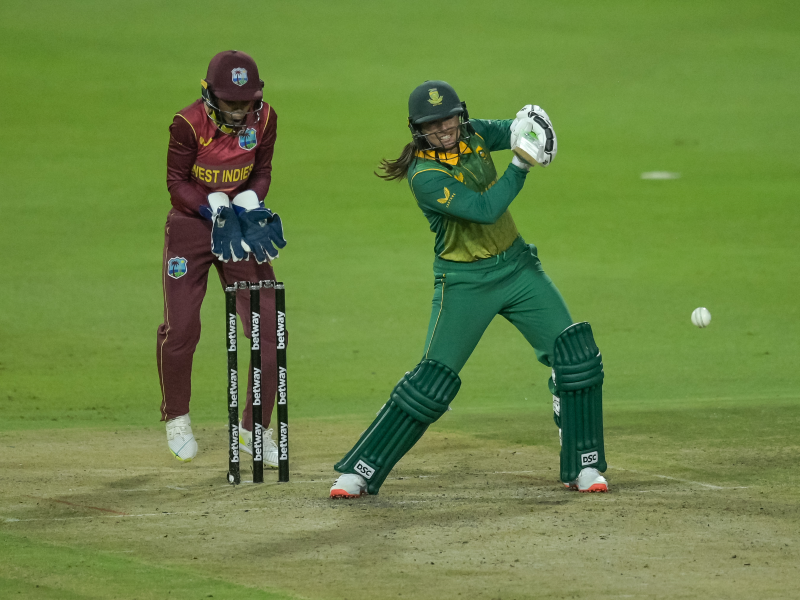 JOHANNESBURG: To help continue to bring light to one of the most important societal issues facing South Africa in gender-based violence (GBV), Cricket South Africa (CSA) and the Momentum Proteas will host the second edition of the Black Day One-Day International (ODI) during the ongoing series against the West Indies.

The annual event will take place during the fourth and final ODI between the two sides at the Imperial Wanderers on Sunday, 06 February, with the South African side sporting their unique all-black kit, while their opponents will wear black armbands in support of the initiative.

The encounter, which will carry more weight than just the result, will be broadcast live on SuperSport and SABC free-to-air, with the action getting underway from 10h00.

GBV, an indefensible act that leaves a life-long psychological scar on the victim, does not discriminate, and can affect or be committed by any person regardless of their race, age, religion, gender, or sexual orientation, with mostly South African women and children at risk.

Following the inaugural event during the Pakistan series in Durban last year, captain Suné Luus and her side are aiming to once again use their platform in front of a massive broadcast audience from South Africa and around the world to highlight the affliction caused by GBV within our communities.

Luus said: “Black Day is very important to us and as a team we feel strongly about the fight against GBV. With the support of CSA, we hope to bring awareness to this issue that affects our country greatly, and hopefully we can make a difference.”

Taylor added: “The West Indies Women stand with South Africa in their fight against GBV. GBV has also been on the rise at home and many families have been more affected since the pandemic, with women and children suffering at the hands of men.

“Violence in any form is never the answer,” she added.

CSA along with the host union, Lions Cricket and partners Momentum plead with the general public to stand in solidarity with the Proteas by also donning black on matchday and use the #EndGBV on all social media platforms to help amplify the message.

“There is actually a bigger pandemic that we need to fight, and we as a business and as Momentum, feel very passionate about this,” said Carel Bosman head of Events and Sponsorship at Momentum Metropolitan.

“We urge every single person to get involved in this initiative from Cricket South Africa on 06 February when the Momentum Proteas will be playing in black, one, to raise awareness but also to form solidarity in fighting this pandemic.”