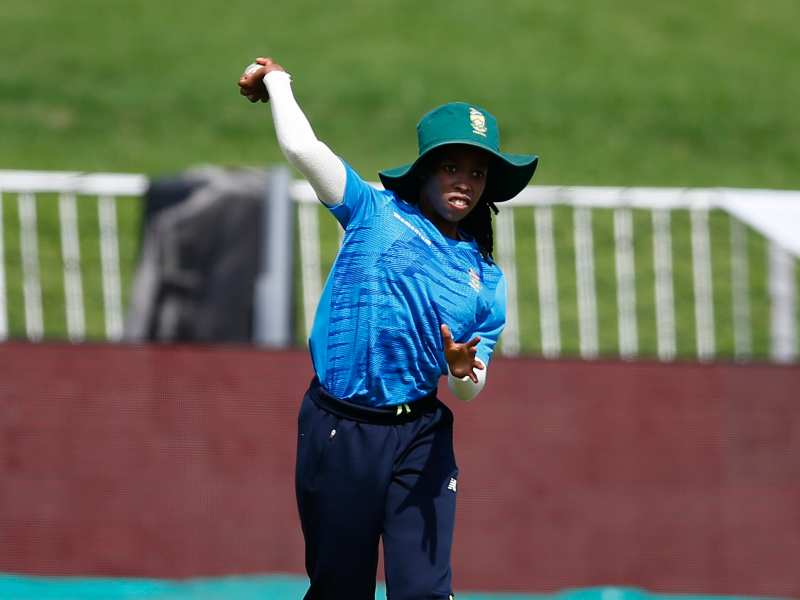 The team will lead by captain Suné Luusduring the 12th edition of the 50-over global event, with all-rounder Chloé Tryon continuing the vice-captaincy role in an exciting squad that also sees the return of opening batter, Lizelle Lee after she missed the ongoing West Indies series.

The traveling reserves form part of the ICC’s medical protocols and will travel together with the rest of the squad.

South Africa were one of four nations, along with Australia, England and India who qualified for the competition based on their standings in the ICC Women’s Championship between 2017—2020, with head coach, Hilton Moreeng’s charges currently ranked second in the ICC One-Day International (ODI) rankings.

The eight-team tournament will kick off with a group stage round, where all teams player each other once before the top four sides compete in the semi-finals and finals.

South Africa will get their journey underway in Dunedin against Bangladesh on Saturday, 05 March, before moving onto Tauranga, Hamilton, and Wellington, and then wrapping up the round-robin stage with a clash against India in Christchurch on Sunday, 27 March.

Another crucial period for the ladies will be the enthralling back-to-back matches against England, hosts New Zealand and Australia on 14, 17 and 22 March.

“This is an exciting time for all involved, especially the players and management. The most exciting thing about this squad that’s going to the World Cup is that it complements our planning and our strategic selections over a period of time,” said Momentum Proteas Convenor of Selectors, Clinton du Preez.

“The squad was not just brought together in the last few months, it’s a process that we commenced in 2017 and we identified certain areas that we needed to strengthen. There were strategic selections made through various camps and tours that we’ve had and played prior to this.

“The players have come along nicely and in leaps and bounds, and it’s good to see that we can now, with injuries and key personnel out of the team, find strategic replacements to cover for them, which is important and speaks volumes of the depth that we’ve created within this programme.

“In 2020, when we went to New Zealand, we clinched the ODI series and from there that just set the tone for us to go and push on for the ODI World Cup and I think it is important that all the hard work has been put in, including the selections for the playing conditions that we see ourselves facing.

CSA Acting CEO, Mr Pholetsi Moseki commented: “On behalf of everyone at CSA, a huge congratulations to the players and management that have been selected to represent our nation at the upcoming World Cup and I am sure they will make everyone proud.

“The Momentum Proteas have been a shining beacon for women’s cricket and sport in general over the last few years, having climbed to second in the 50-over game, winning challenging series at home and away, and with the players topping various individual rankings along the journey.

“I think I speak for all South Africans when I say this; all the best to coach Hilton Moreeng, captain Suné Luus and the entire traveling contingent, we will be glued to our screens cheering you on every step of the way,” Moseki added.