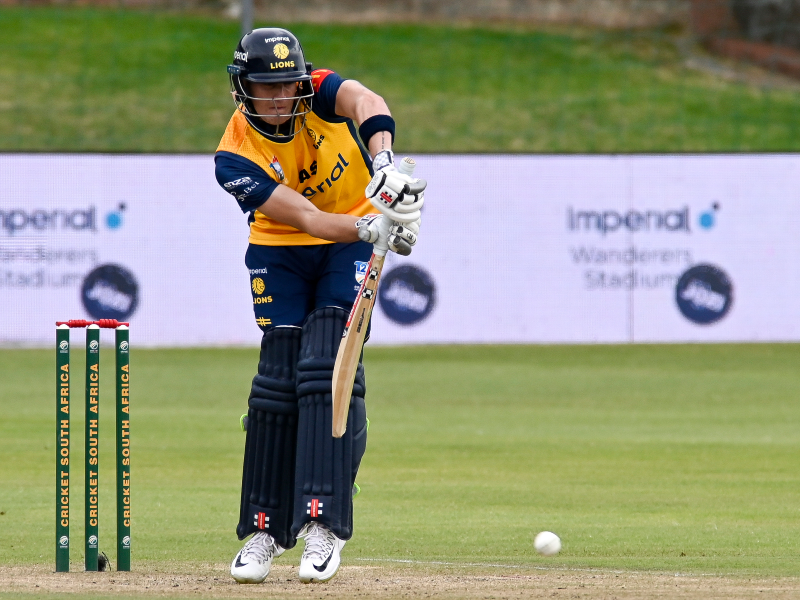 GQEBERHA: The Six Gun Grill Western Province Blitz remains the only undefeated side in the CSA T20 Challenge thus far after securing a 5-wicket victory over Imperial Lions earlier today.

After winning the toss, the WP Blitz elected to field first as the Blitz bowlers, Junaid Dawood (2/23 in 4 overs) and Beuran Hendricks (2/26 in 4 overs) restricted the Imperial Lions to 140/5 at the end of their 20 overs.

A 48-run partnership between the Imperial Lions duo, Mitchell Van Buuren (44 off 34 deliveries with 5 boundaries) and Shane Dadswell (27 off 16 with 5 boundaries), brought back the Lions innings after the early wickets of Joshua Richards and Reeza Hendricks.

WP Blitz responded well, albeit the early departure of Jonathan Bird who was dismissed by Sisanda Magala with only 8 runs, Tony de Zorzi’s 42 off 31 (3 fours and 2 sixes) and Gavin Kaplan’s 39 off 32 (4 boundaries and 2 sixes) restored the innings. The Lions bowling attack kept knocking, dismissing Dane Vilas for 8 runs and a run out of Waye Parnell before he could score any runs for his team.

In the second match of the day, the Gbets Rocks won the toss and elected to bat first against the North West Dragons.

A great bowling display from Dragons youngster, Caleb Seleka who recorded 2/20 in his 4 overs.

The North West Dragons were put to test, with the dismissal of Senuran Muthusamy with only 3 runs, Wesley Marshall with 34 runs (4 boundaries and 2 sixes), and Nicky van den Bergh with 28 (3 boundaries and 1 six), the Dragons were under immense pressure.

An unbeaten 74 from 51 balls (3 boundaries and 5 sixes) from Dwaine Pretorius and Delano Potgieter’s (37* off 27 with 2 boundaries and 2 sixes) restored the Dragons innings and levelled the scores at the end of 20 overs, taking the game to the first super over of the tournament.

The Rocks kept their nerves to secure a win in the Super Over, claiming their first victory in the tournament.

Round 4 of the tournament commences tomorrow with Momentum Multiply Titans and Hollywoodbets Dolphins at 10h00, followed by ITEC Knights and Gbets Warriors at 14h30.

Watch all the games live on SuperSport and follow ball-by-ball action on the CSA App.