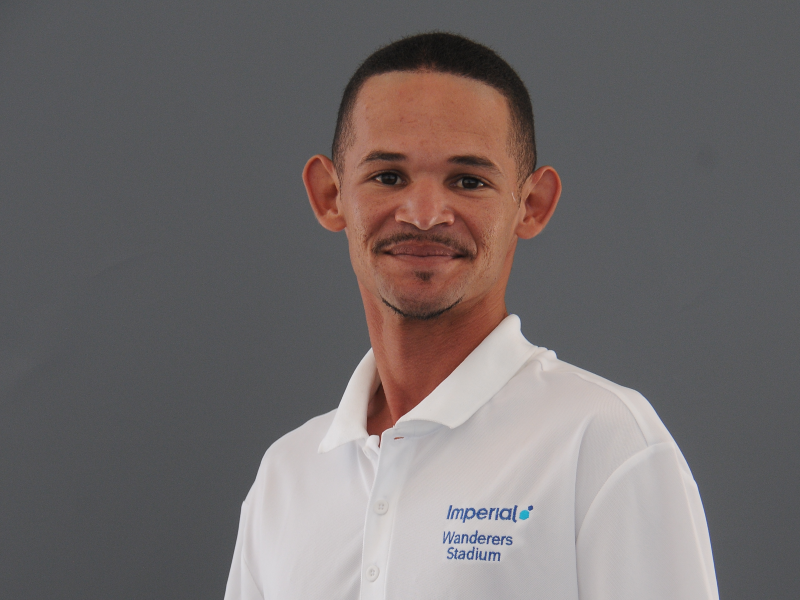 Johannesburg – Recently appointed as Youth and Schools Administrator at Lions Cricket, Bryan Patel has long lived and breathed Lions Cricket. We caught up with the man who thrives on enriching the lives of others. Enjoy the read!

28 years after joining the Mini Cricket program, Bryan Patel now embarks on his Lions Cricket administrative role. With a CSA Level 3 qualification, amongst many other qualifications and accolades, Bryan has worked in the KFC Mini Cricket and Performax Administrator role, whilst at the same time growing the mass participation program and creating a love for the sport for our young Lion players.  Bryan has also assisted with coaching in the ladies space and the facilitation of certain modules during the coaching courses offered.

Tell us about yourself?

I was born in Johannesburg on the 16 January 1987. I have an older sister and an 8 year old nephew. I attended primary school at T.C. Esterhuysen Primary. Mr Ronald Vergie was the principal and he is passionate about cricket and sports development in the area. Mr Walter Muller was the head cricket coach who inspired and took time out to teach and guide me in the game. Besides his technical knowledge, Mr Muller made an effort to understand each player and use their strengths and weaknesses to develop me on and off the field of play. I attended Florida Park High School and continued to play cricket.

What appealed to you about the job of Youth and Schools Administrator?

My passion took a turn from playing to coaching during my time at University where I wanted to impart the knowledge and guidance given to me, to the next generation of avid players coming through the system. I then became a coach at the then Gauteng Cricket Board and within the Central region. From being an area coach to Central Hub Head coach, I believed in the process of moulding young players and providing them with a platform to express their skill and talent. With technical skill being the outcome, the softer skills were also taken into account in building better people for society, so discipline was a focal point as well as punctuality and time management.

In taking the role as Provincial Under 13 Framework coach and managing the Under 11 and Under 12 pipelines, these skills were at the forefront of my focus as well as challenging players in stretching and growing their knowledge, love and passion for the game. I then took on the KFC Mini Cricket Administrator role which involved more stakeholder engagement and building partnerships with schools, clubs and volunteers. Besides working with mass participation, educating volunteers, teachers and parents of the game became a focus.

With my new role as School and Youth Administrator, I am eager to continue to build relationships with stakeholders, schools, parents and coaches and provide a platform for players to grow, learn and remain inspired and active in cricket for many years to come.

In completing my Human Resources Degree, it was evident that I enjoyed working with and meeting new people. Although I am not directly in that field, I feel that my calling working with people and making a difference in the program which has been gracious towards me both on and off the field. I applied for the job in order to make a difference in the game, to enhance the structures and build stronger relationships in the lives of all young cricketers.

Thoughts on joining the Lions pride of Lions Cricket?

The Lions Pride is seen as a family and close-knit organisation which works together in achieving success.

The values of Lions Cricket resonate in the style of cricket that would like to be portrayed. Unity and the element of integrating the entire organisation, from cricket services to stadium staff depicts the true reflection. All stakeholders are part of the highs and lows of the organisation.

What are some of the key areas you want to focus on in the role and how do you plan on doing this?

Stakeholder engagement and our Hubs and RPC structure are key areas I would like to focus on first.

By engaging with our most important stakeholders being the school’s program, and directly linking up with them on our pipeline, I hope to continue the hard work that has already been done.

Who are some of the best administrators of the game that you’ve come across and what makes them so good?

Sherina Desai – CGL Club Administrator – “Aunty She” as she known, has an undeniable passion for the game and her efficiency in the way she manages and coordinates fixtures for the CGL club leagues is unimaginable. With over 150 matches over a weekend she coordinates them with ease and captures each fixtures results manually to ensure accuracy. Attention to detail is certainly a standout.

Hoosain Ayob – the management of team information and attention to detail.