THE BETWAY PINK ODI 2022: STRUTTING INTO ITS 10TH YEAR WITH STYLE 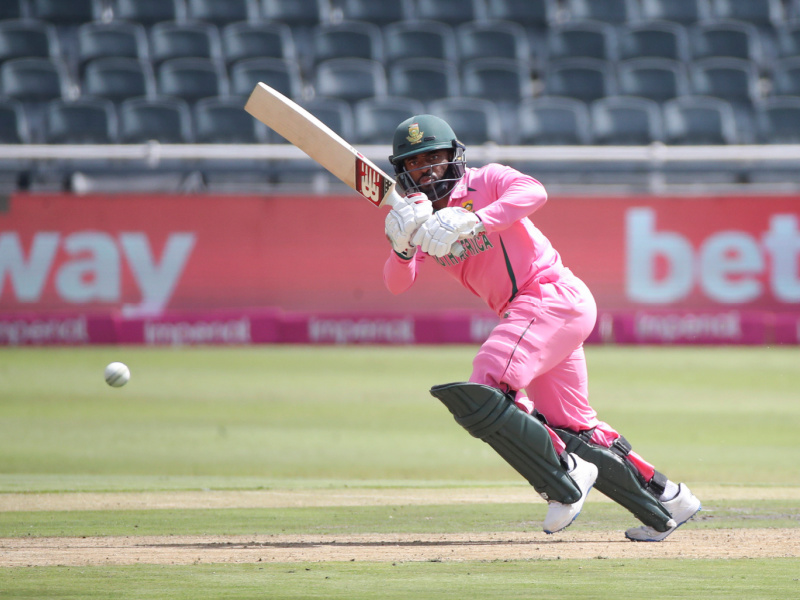 JOHANNESBURG: Cricket South Africa (CSA), Lions Cricket and Super Group-owned Betway are thrilled to announce that the signature Betway Pink ODI will in 2022 mark a decade of selfless contribution to a cause that has saved the lives of cancer patients aplenty and changed the scientific research landscape of the disease.

As is a now accepted tradition which attracts applause from far and wide, the Imperial Wanderers Stadium will host the big-ticket Betway One-Day International (ODI) to be headlined by a match between the Proteas and Bangladesh, a treat no one dares to miss. The showpiece, aptly dubbed the Betway Pink ODI, will be played on Sunday, 20 March 2022 from 10h00 SAST.

South Africa have played 21 ODIs against Bangladesh, winning 17 and losing 4. The 4 losses include 2 famous World Cup wins for Bangladesh: at the Providence, in Guyana, West indies in 2007 and The Oval, London in 2019. Notably, the Proteas have won all 9 ODIs played in South Africa between the teams, and they would seek to keep their record intact.

“The Betway Pink ODI is an event that holds a special place in our hearts as the Proteas. It’s an event that we all look forward to, breaking the norm in terms of our dress code, but more importantly because of its objective, which is to support organisations that are helping to research, fund and treat breast cancer patients and to raise awareness around the illness.

“We are a team that is always thinking about the future, legacy building and how what we do today will affect those that come after us.

“This event is one of the biggest legacy projects that we have undertaken, and we are proud of the achievements we have made in the past through the money we have raised and the awareness that we have built.

“We are also really excited to have some crowds back at stadiums for this tour against Bangladesh. This means that Pink Day will have a live audience again, even though tiny in comparison to the capacity of the iconic Imperial Wanderers, and that adds to the fun and excitement of the day.”

This year also marks the 5th anniversary of Charlotte Maxeke Hospital benefiting from the proceeds of this sporting event. Through the now entrenched #BePartOfIt #PledgePink campaign, cancer patients were able to obtain proper treatment and claim their lives back from the shackles of this indiscriminate condition. The affected also find solace in the generosity of the campaign. Thus, the Betway Pink ODI extends a helping hand, not to look down on those in need, but the hand to lift them up.

“The Betway Pink ODI rallies all the cricket-loving community to open their hearts and give generously to a notable cause. It reaches deep into our souls and summon the humanity in us to use cricket as a mechanism to reach out.

“CSA is grateful to have partnered with Betway and Lions Cricket to deliver this heart-warming campaign. As we strut into this 10th – year anniversary, let us look back at the ground we have covered with pride and will to multiply it ten-fold, propelled by renewed vigour and unmatched determination.

Lions Cricket CEO Jono Leaf-Wright says that this is undoubtably one of his move favourite days of the year:

“The Pink Day is about so much more than just the game – it’s a pivotal day in which every fan, worldwide can make a difference. The non-stop action on field and off is indicative of the power of sport and how it really can change the world. This is a day in which I feel tremendous pride in our country and our people as we rally together to truly make an impactful difference to those in need.”

“Betway continues to take pride in its ever-growing footprint, which extends to key sporting properties that align to the brand’s purpose of uniting and uplifting communities. Our support towards the Betway Pink ODI re-affirms our core objective and goal of being a brand that cares, and more importantly, a brand that prides itself in leading from the front in making a tangible societal impact, through powerful initiatives such as the Betway Pink ODI” said Betway SA’s Marketing Manager, David Rachidi.

With tickets to attend the match being limited due to the Covid-19 regulations, fans can still support this initiative by dressing up in pink at their homes, posting pictures to the various social media platforms, pledging pink and donating on a dedicated SMS line or through an EFT transfer here, or SMS #PledgePink to 40374 and donate R20 per SMS.