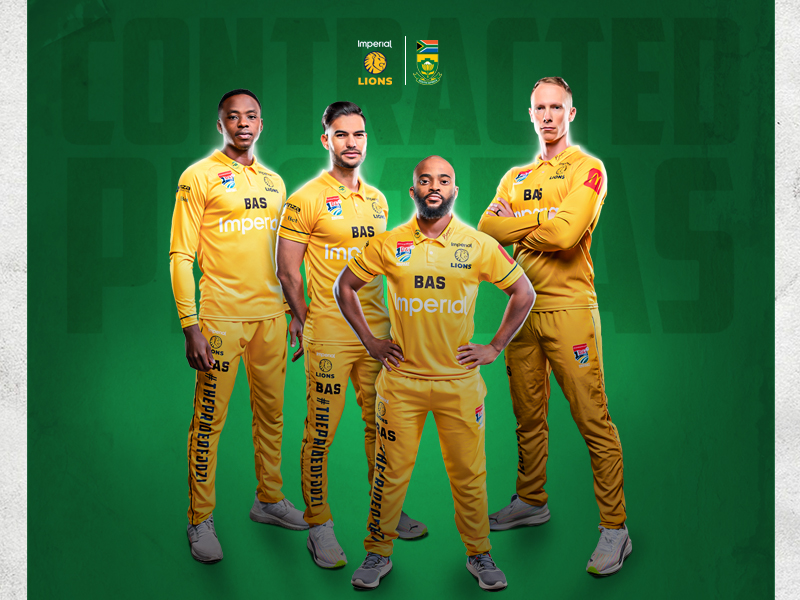 JOHANNESBURG: Cricket South Africa (CSA) is delighted to announce the 16 Proteas men’s players to be awarded national contracts for the 2022/2023 season.

The contract upgrade system will again be in place this year. Those players selected for the Proteas during the 2022/2023 season who are not contracted, can qualify for a performance-based National Contract upgrade.

The men’s team has a lot to look forward to in the coming 12 months, including a full tour to England, the 2022 ICC Men’s T20 World Cup in Australia in October and several more exciting tours that CSA is looking forward to announce in good time.

“It is a very exciting time to be a part of the South African cricket set up and even more so, to be a member of the Proteas team. There is a lot of cricket for our fans to look forward to and we as an organisation, are looking forward to watching our boys represent us to the best of their ability at every opportunity.

“It has been an exceptional season for the white ball team that has not lost a series under the leadership of Temba Bavuma. One of the biggest upcoming highlights for us is the 2022 ICC T20 World Cup in Australia and we are looking forward to supporting Temba and his men as they look to make history later this year.

“The Test team has grown and shown significant improvement under the strong leadership of Dean Elgar. This season will see the Proteas play even more Test cricket, which is vital for the growth of the players, the format in our country, as well as the accumulation of points towards the ICC World Test Championship.

“We at CSA are big advocates of rewarding excellence and I am pleased to be the first to congratulate Janneman Malan and Keegan Petersen on their newly awarded contracts.”

The Momentum Proteas’ contracts will be announced at the conclusion of the ICC Women’s World Cup currently taking place in New Zealand.