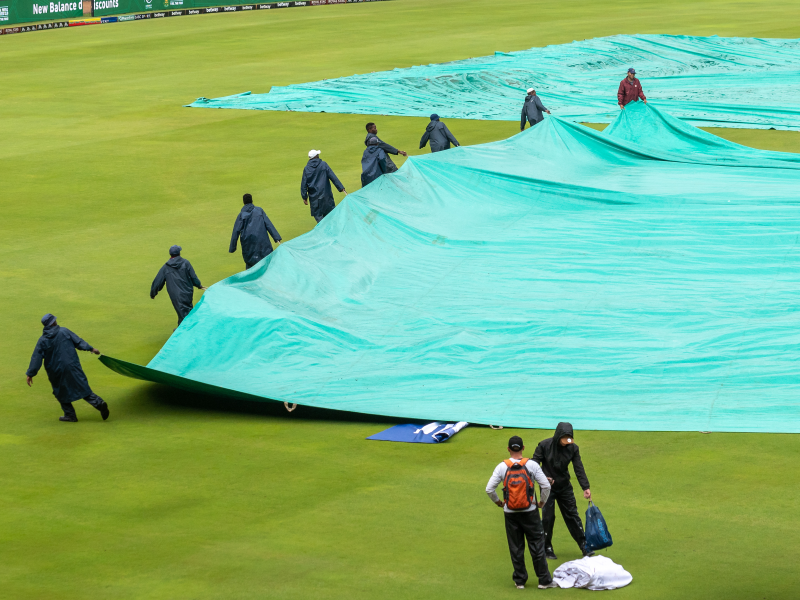 JOHANNESBURG: The final round of the CSA One-Day Cup saw several matches abandoned after heavy rains across the country.

In Division One, only one match had a positive outcome while the three other matches were called to due to inclement weather.

The North West Dragons and Imperial Lions were meant to go head-to-head in Potchefstroom for a second spot in the final. Winner of this encounter would go through to the final to take on the Momentum Multiply Titans on Wednesday. The umpires had to call off the match this afternoon without a ball bowled due to a wet outfield.

Lions went into the match two points ahead of the Dragons and will proceed to the Division One final.

Having already qualified for the final, the Momentum Multiply Titans were put to the bat first by the Six Gun Grill Western Province at SuperSport Park.

Western Province needed a bonus point win to go through to the final, considering the result between the Dragons and Lions encounter. Rain came down in Centurion with only 20 overs played and the match was called off.  The two teams shared the spoils.

In Bloemfontein, the ITEC Knights opted to bowl first against the Hollywoodbets Dolphins. The weather changed towards the end of the first innings and the players could not go back out to the field. The match was abandoned, with Dolphins on 208/9 in 48 overs.

In the only complete Division One encounter, Gbets Warriors secured an 86-run victory over the Gbets Rocks.

After being put to the bat first in their own backyard, centuries from Wihan Lubbe and Jon-Jon Smuts powered the Warriors to a massive total of 357 runs.

Lubbe, with a man-of-the match performance, led the batting attack with 162 runs (12 boundaries and seven maximums). Smuts, also anchoring the innings smashed 125 off 114 (14 boundaries and one maximum) as the duo shared a 280-run partnership.

Smuts continued where he left off with the bat to claim three wickets in his ten overs.

Northern Cape Heat claimed a 21-run victory over Limpopo Impalas to secure a spot in the final.

The game was reduced to 23 overs per side after another delayed start due to a wet outfield.

Only three overs had gone in the match between Eastern Storm and Hollywoodbets Tuskers in Benoni before the weather intervened and umpires had to call off the game.

Tuskers were not affected at all by the outcome as they had already qualified for the final, topping the log with 21 points.

Eastern Cape Iinyathi and Six Gun Grill SWD also shared the spoils as the match was called off without a ball bowled due to a wet outfield.

SWD was desperate for a positive outcome, as a win for the Heat meant the Northern Cape based side goes through to the Division Two final on Friday.