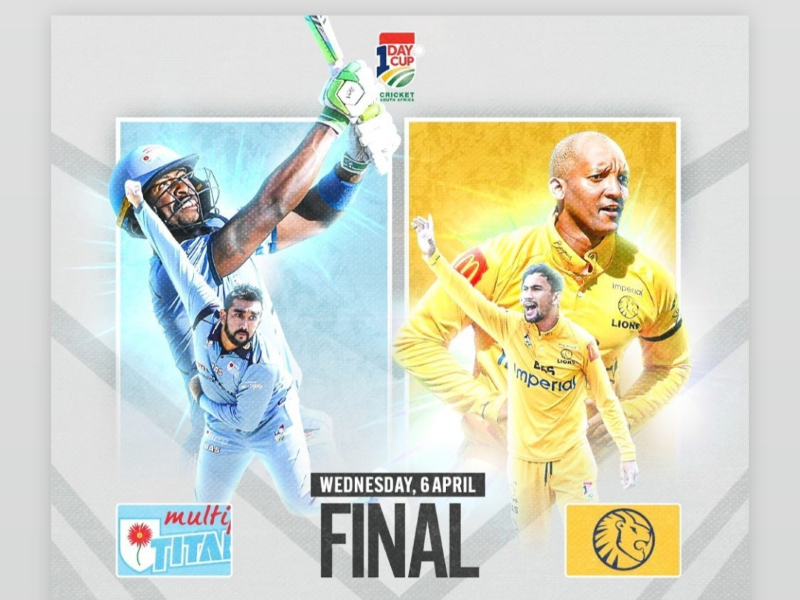 Log leaders, the Momentum Multiply Titans will host the Imperial Lions at SuperSport Park in a battle for the title.

In what has been dubbed the Juskei Derby, the final promises to be a thrilling one as the two teams share a lot in the recent history. The Titans defeated the Lions to clinch the Four-Day Series title in March whilst the Lions are the only team to defeat the Titans in this One-Day Competition.

The two team captains pointed out that all eyes will be on this game, with both sides under pressure to do well to claim the title.

Momentum Multiply Titans Captain, Sibonelo Makhanya, expressed his views going into the final, noting the aim will be to keep things simple and nail down the basics.

“There will be a lot of emotion going into this game and our plan is to keep the momentum and continue to play the dominant game we’ve been playing.

“A win tomorrow will mean the team is heading in the right direction. We have already achieved a lot as a team this season and this win will be the cherry on top.

“We just have to do it one more time as a team this season and that will give the boys a well-deserved happy break,” said Makhanya.

Imperial Lions Captain, Dominic Hendricks, shared that the team will look to dominate their opponents in all three departments in order to win the game.

“The plan going into the final is to go out and play our best game of cricket and win the game. We will be doing our best to out skill the Titans with bat, ball and in the field.

“We know we did not play our best game of cricket against them in the final of the 4-Day competition, and we were punished for it. We are looking to change that, and you can expect us to win this time around.

“A win tomorrow will be massive for the team. It will give the team the confidence going into next season that we can win trophies. It has been a massive learning curve for everyone this season, so hopefully we can finish off this season on a high with a trophy in the cabinet,” said Hendricks.

The CSA One-Day Cup will be live on SuperSport and the ball-by-ball action will be available on the CSA App.