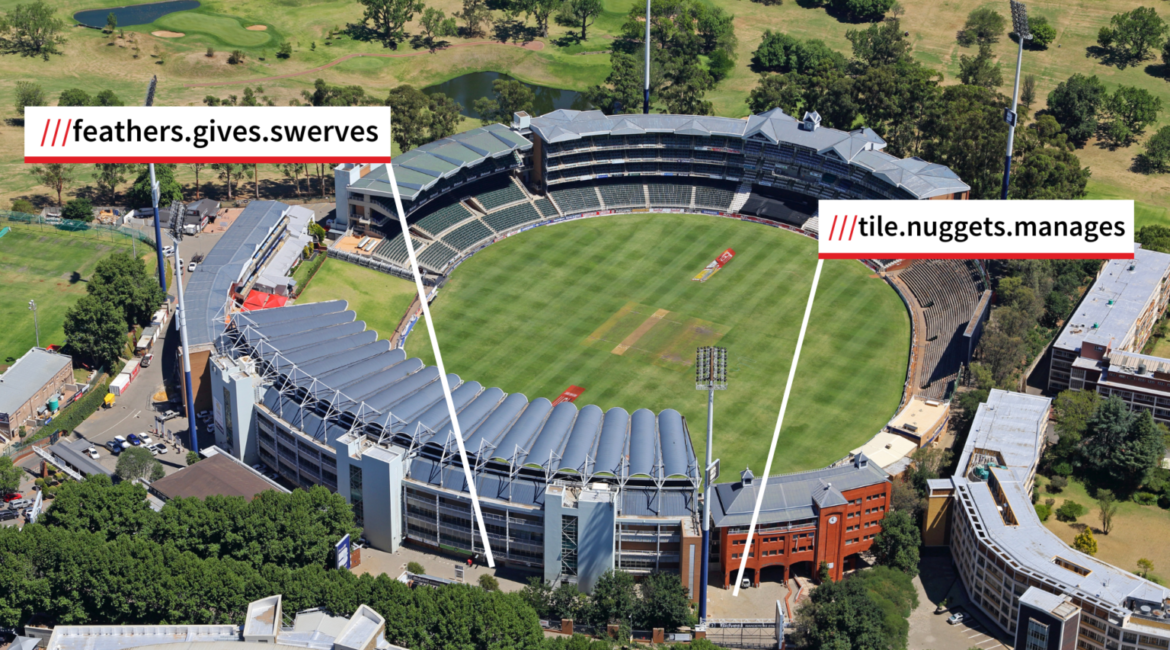 Johannesburg – The iconic Imperial Wanderers Stadium has partnered with what3words location technology to help guide people to a precise event and venue location in an easily and accurate manner come event day.

what3words is an easy way to identify precise locations. It has taken the globe and divided it into a grid of 3m squares and assigned each square a unique combination of three random words: a what3words address. The free what3words app is available for iOS and Android, and via the online map, enabling people to find, share and navigate to what3words addresses in 50 languages to date.

“The technology will make it easier for our fans not only to find the stadium and relevant entrance gate, but to also navigate around the facility itself,” says Lions Cricket Head of Marketing, Commercial and Communications, Wanele Mngomezulu. “The technology is already deployed at Wembley Stadium, The O2, and at the Emirates Stadium, home of Arsenal FC. There is always a whole host of stadium activities come event day at Imperial Wanderers Stadium, so it’s great to help fans where we can – it will help them work out where to park, but then also to find the bars, food venues and activities within the stadium.”

“No one likes running around the outside of a busy stadium trying to find the correct entrance in time for a match.” said Chris Sheldrick, Co-founder and CEO of what3words. “It’s exciting to see Imperial Wanderers Stadium embracing technology like ours to help improve the match day experience for ticket holders.”

How to use what3words:
Now, people can find exact places at any event or venue using just three words. For example, ///outsize.district.shiny is the what3words address of the ride-hailing pick-up and drop-off point. Visitors can find this exact place by downloading the what3words app using iOS and Android, and via the online map. Once downloaded, they can navigate using any ride-hailing app or navigation app like Google Maps.

For any media related queries, please contact Wanele Mngomezulu, Lions Cricket, Marketing & Communications Manager on +27 63 940 8841 or wanelem@cricket.co.za. Visit us on www.lionscricket.co.za or follow us on our official twitter handle @WanderersZA and Facebook page Lions Cricket and #wherejozimeets

Lions Cricket Union administers cricket within the Gauteng province spanning from under 12 to veterans cricket inclusive of over 50-community based clubs, over 300-schools, academy, Hubs, women, deaf and blind cricket as well as provincial and professional team the Imperial Lions. The Imperial Wanderers Stadium is the home of the Imperial Lions.

About the Imperial Wanderers Stadium

Imperial Wanderers Stadium is the home of the best world-class entertainment and champions. It is the STAGE where not only Joburgers convene but the world at large. It is a world class multipurpose, entertainment and lifestyle VENUE rooted in the heart of Johannesburg, South Africa filled with hope, inspiring possibilities and where dreams and stardom are realised. It’s a melting pot of various cultures, arts, diversity, wealth, history, heritage and an unrivalled passion for SPORT.