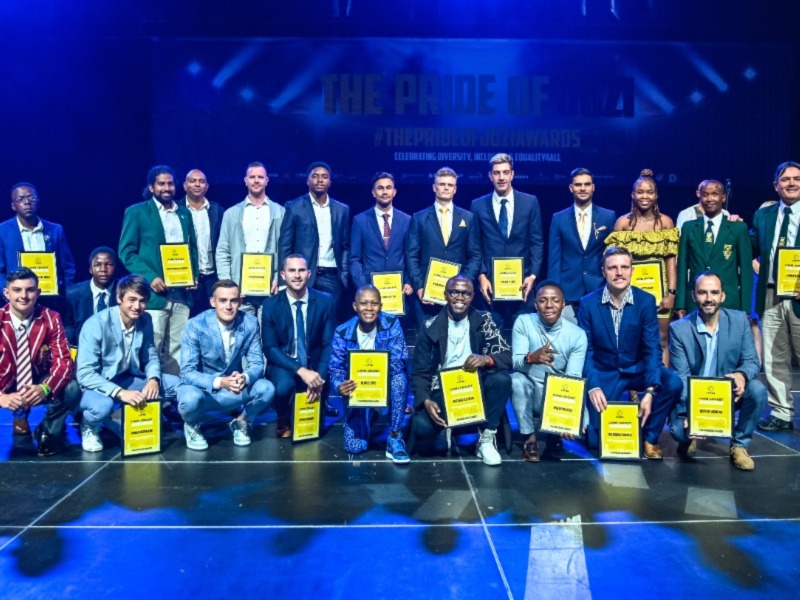 Johannesburg – The 2022 Annual Lions Cricket Award winners were announced and congratulated in grand style on Saturday, 28 May 2022 at the SunBet Times Square Arena. Themed #ThePrideOfJoziAwards, the Lions Cricket eco-system gathered in celebration of South Africa and South African’s – and all that we have achieved on field and off, from pipeline to professional teams.

Lions Cricket CEO Jono Leaf-Wright says that the evening was about the recognition of the Prides achievements, whether on an individual or team level, right across the eco-system of Lions Cricket;

“The night was about recognising hard work, celebrating outstanding achievements and enjoying time together. We raised our glasses to our ‘Lions Way’ and to being the true Pride of Jozi both on and off the field. Congratulations to all for making the Lions Cricket brand a force to be reckoned with and a family to be proud of.”

A few of the winners include:

Click here https://drive.google.com/drive/folders/1lTwK7WcuOEVtb_IyM9RH2NiKZ75nNnqr
for a gallery of event images.

Leaf-Wright continued to say; “It was a special season just gone and a wonderful Awards evening to celebrate all that Lions Cricket is about, stands for and believes in. We are certainly excited for the 2022/2023 season ahead and to Live, Love, Learn and Lead while celebrating the Pride and celebrating who we represent. The Lions Pride will keep roaring louder and prouder as we strive to achieve excellence both on and off the field.”

“Thank you to every single role player who contributed to the success of the 2021/2022 season and our wish as Lions Cricket is that we continue to hold hands, united in a common vision of transforming the game while driving DIVERSITY, INCLUSIVITY AND EQUALITY4ALL” concludes Leaf-Wright.

For any media related queries, please contact Wanele Mngomezulu, Lions Cricket, Marketing & Communications Manager on +27 63 940 8841 or wanelem@cricket.co.za. Visit us on www.lionscricket.co.za or follow us on our official twitter handle @LionsCricNews and Facebook page Lions Cricket and #theprideofjozi

LIONS CRICKET (Central Gauteng Lions) is the custodian of all cricket activities in the greater Sedibeng, West Rand, Vaal, and Johannesburg area and manages the Imperial Wanderers Stadium and Imperial Lions.