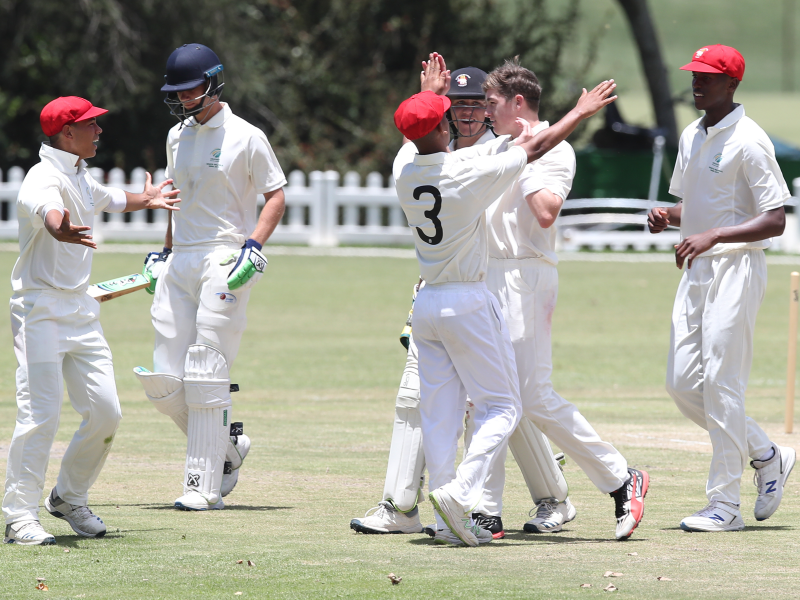 JOHANNESBURG: It’s that time of the year, where age-group cricketers across the nation, who harbour dreams of taking their careers beyond school level, will be plying their trade for their respective provincial teams during the annual Cricket South Africa (CSA) Youth Weeks.

Following two weeks of jam-packed action that featured national under-16 boys’ and girls’ tournaments, the attention now turns to the Khaya Majola Boys U19 Week that takes place between 18 – 22 December in Potchefstroom, while the five-day CSA Girls U19 Week got underway in Paarl on Thursday, 16 December.

The two tournaments, like the previous weeks that have been organised this year, will be held in a bio-secure environment (BSE) at the various host venues, with testing and strict COVID-19 protocols in place.

As part of the vision to make the game more accessible, CSA and SuperSport will be broadcasting the Khaya Majola and Girls U19 cricket weeks live on the SuperSport Schools app and OTT platforms.

All matches can be streamed live on the app and will also be available as video on-demand on DSTV Now.

Youth and Tertiary Cricket Manager, Niels Momberg is pleased to see the new-look junior weeks go ahead this year, after CSA restructured the junior national tournaments following a schools system review and a COVID-19 enforced hiatus in 2020.

The U13 and U15 tournaments have been replaced by the regional U15 Boys and Girls tournaments, while national tournaments are now made up of an U16 tournament for girls and boys to go along with the Khaya Majola and Girls U19 Weeks.

“We are very fortunate this year, that the U19 weeks are going ahead and that the U16 weeks concluded without any major hiccups. Some very good cricket was played but most importantly, after last year’s COVID cancellations, that these tournaments were able to take place,” Momberg stated.

“It’s a massive plus for us and these weeks play a big role in Cricket South Africa’s pipeline, with all the matches to consider, from warm-up games, down to regional trials and fixtures throughout the year, so the whole cricket ecosystem leads to these national tournaments.

“It’s aspirational and gives our youngsters something to play for,” he added.

“It is also important to note that for the first time, the national and regional youth systems, boys and girls, now mirror each other. It’s a massive breakthrough girl’s cricket and we are just so happy that these tournaments are taking place this year, giving a sense of normality.

“Hopefully, we will see good cricket on display, and we are looking forward watching the action live on the SuperSport Schools and DSTV Now platforms,” Momberg concluded.

Dinesha Devnarain, CSA Girls U19 and National Academy head coach explained the significance of these weeks for the development of cricket for girls in the country, with the short-term goal of preparing for the first ICC U19 Women’s World Cup and eventually producing the next crop of Momentum Proteas.

“I can’t even begin to stress how important this pipeline and structure becomes as we work towards something like the inaugural U19 Women’s World Cup that’s in 2023. It is important for the National Academy sustainability, filtering through to the SA Emerging team and ultimately help create the next Protea that will lift the World Cup for us,” Devnarain stated.

“These weeks are really important to help create a database and identify talent. Cricket South Africa will be putting interventions in place to make sure that we close the performance gap of the identified players so by the time we get to a Protea level, we are on the right footing to compete,” she added.

SuperSport Schools GM, Gerhard Steyn said: “The Khaya Majola Cricket Week has been an iconic tournament on the cricketing calendar for many years and it’s a significant occasion for us as SuperSport Schools to be a part of it. Bringing these matches to the world will not only continue unearthing South Africa’s future sporting stars but it will ensure that the sport of cricket continues to grow its footprint across the country,”

“Access and opportunity are key pillars of our platform and giving these young men and women the platform to shine is what it is all about.

“We have seen several players come through the Khaya Majola and Girls U19 weeks go on to be Proteas superstars, we have no doubt the performances this week will show how bright the future of South African cricket is,” Steyn added.

Full scorecards are available on PitchVision.com on a daily basis for coaches, players, parents and fans, with the matches getting underway from 09H00 daily.