IMPERIAL WANDERERS STADIUM: 30 NOT OUT of POST ISOLATION INTERNATIONAL CRICKET 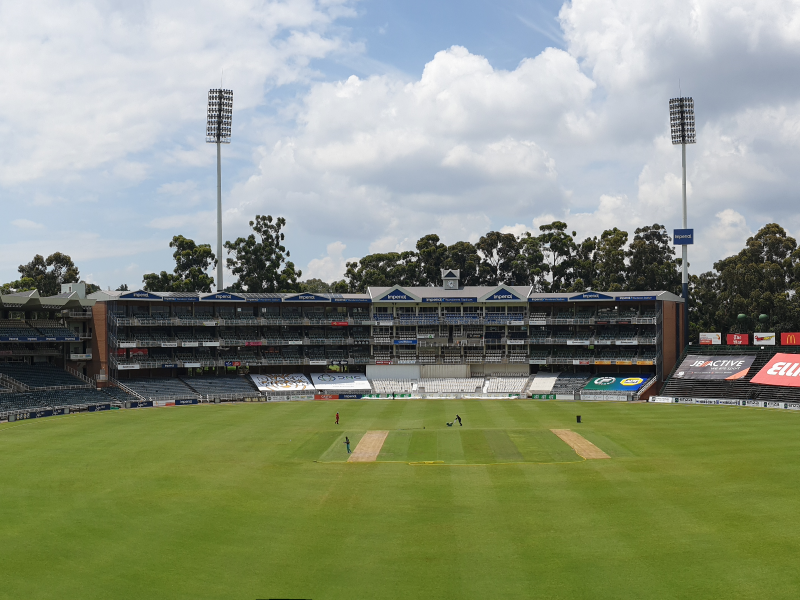 The year 2022 will kick off with a bang as Imperial Wanderers Stadium hosts SA vs India from 3 – 7 January 2022. It’s a match and a year that seeks to celebrate 30-years of post ICC isolation.

Johannesburg – Monday 3 January 2022, 10h00 is when the first ball will be bowled between hosts The Protea’s against India. Ironically, the first home post isolation Test Match was played at the same stadium, against the same opponents, 30 years earlier.

Test number 1201, took place from 26 – 30 November 1992 at the Wanderers Stadium when the Indian cricket team toured SA for four Tests and seven ODI’s from 29 October 1992 – 6 January 1993. Captained by Kepler Wessels, South Africa won the 4-match series 1-0, with the player of the series named as Allan Donald.

Founded on the 22nd of September 1956, the 66-year-old stadium hosted its first international Test match in 1956 when England won by 131 runs. The stadium continued to host several international matches including the famous Australian tour where Graeme Pollock scored 274 in 1966/67. The penultimate Test before the ban from international cricket was in 1970 when SA won by 307 runs against Australia.

Post the ICC unbanning, the stadium has hosted multiple iconic events including the over 10-hour batting display by Mike Atherton to save the Test in 1995 against England. It also played host to the 2003 World Cup Final where Australia was crowned champions. Then there was the 2006 greatest One Day International Match against Australia. Another epic match the 2009 IPL2 final were the Deccan Chargers defeated the Royal Challengers by 6 runs with Anil Kumble winning man of the match and the stadium hosting a record-breaking fan attendance of 30,123. Then there was the 2015 SA vs West Indies match with AB de Villiers scoring the fastest 100 runs in only 31 balls. There have been countless moments of entertainment, excitement and exhilaration.

On the non-cricket front, the stadium has welcomed multiple Kings, Queens, Statesman, World Leaders, Captains of Industries, Mega Music Stars and fans; and have hosted multiple sporting events such as the Davis Cup and FIFA 2010 Goodwill Cup to mention a few.

On the back of the successful 2021 Lions Cricket brand relaunch #ThePrideOfJozi, the Head of Marketing, Commercial and Communications Wanele Mngomezulu says; “2022 will be a continuation of the Union’s long term strategic intent to create passion for the game of cricket, grow its fan base, fully commercialise all its assets whilst seeking to position the Lions Cricket brand as a change agent in society.”

Part of the 30-year anniversary includes the celebration and recognition of the most iconic moments and individuals in the 30-year history of the stadium.