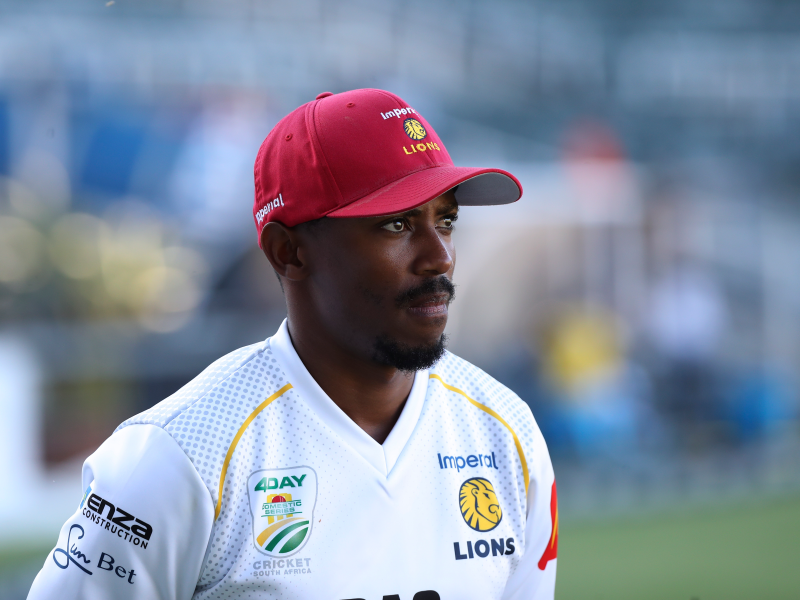 JOHANNESBURG: The 2021/22 Cricket South Africa (CSA) 4-Day Domestic Series is set to resume following an extended hiatus over the December period, as four Division One and three Division Two matches get underway around the country on Thursday.

The matches will take place between 13 – 16 January, with action available on SuperSport’s YouTube page.

A hundred percent record and an unbeaten record are on the line when the Division One log-leaders, the Imperial Lions make the trip down to the east coast to take on the Hollywoodbets Dolphins at the Hollywoodbets Kingsmead Stadium.

Second-placed Gbets Warriors will host the GbetsRocks at St George’s Park in Gqeberha, while the ITEC Knights are home to the Six Gun Grill Western Province.

In the fourth clash, the Momentum Multiply Titans will be in search of their second win of the season when they are away to the North West Dragons at the JB Marks Oval in Potchefstroom.

Ahead of their mouth-watering encounter in Durban, the Lions head coach, Wandile Gwavu is looking forward to a thrilling match against the Dolphins and is confident his side will remain focused on the task on hand for the remainder of the season.

“We are happy with the way we started the season,” Gwavu said.

“Any team would be happy with winning four out of four games, but we are not relying on what has happened. We have passed those four games; we have put them behind us; we have celebrated.

“Most importantly, we are a team that is always looking for improvement and that is exactly what we are going to be doing now and our full focus is on the game starting tomorrow against the Dolphins.

“It’s always an exciting match against the Dolphins, especially away from home; different conditions and a competitive team. We do respect them, but we have a team that we believe in, full of youngsters,

despite us losing Proteas,” he added.

On how he is keeps the team grounded during their impressive run, Gwavu said:

“I think it’s part of our culture. We always want to do more, as a matter of fact, yes, we have won for games, but there is still a lot of hunger within the changeroom, within the team, not only the players but the coaching staff.

“Our hard work hasn’t stopped, if anything, with every win that we manage to get, the hard work keeps improving each day. We are not only motivated by the wins – they do help – but we are motivated by the improvements,” Gwavu continued.

Meanwhile, the Dolphins captain Marques Ackerman rues the opportunities lost during the first half of the season due to rain affected games as they drew all four of their fixtures thus far and believes his side will be looking inward as they ready themselves for the challenge posed by the Lions.

“This is a great opportunity for us now for the second half of the season, to really put some good performances in. The guys are hungry, and we know we have to win for things to change around in this year’s 4-day campaign,” Ackerman noted.

“They (Lions) have had a really good start in the four-day campaign. They are a good team, but we are focusing on ourselves this season and when it comes to our home ground, we can do with turning things around and even changing their momentum.

“Our mindsets are good, training really hard and we are really excited to play against them,” he added.

In Division Two, where there is still plenty to play for, the Hollywoodbets Tuskers will be looking to cement their number one spot when they face the Six Gun Grill South Western Districts, while the Eastern Storm go up against the Northern Cape Heat in Benoni.

The last but certainly not least fixture of the weekend will involve the Mpumalanga Rhinos and the Limpopo Impalas clash at the Uplands College in White River, with both teams looking for their first victory of the season.