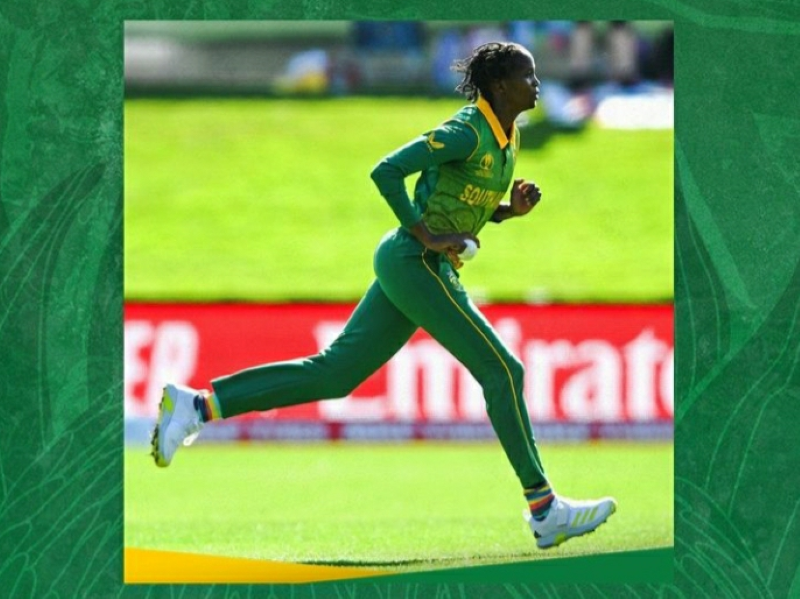 DUNEDIN: Fast bowler Ayabonga Khaka continued her fine form for the Momentum Proteas, picking up impressive figures of 4 / 32 to guide the team to a 32-run win in the opening game of the ICC Women’s Cricket World Cup 2022 against Bangladesh at the University Oval in Dunedin on Saturday.

South Africa posted 207 all out with the bat, following a notable display in the field from the subcontinent side who were making their tournament debut, before Khaka shone with ball in hand to help dismiss Bangladesh for 175.

Khaka removed both openers before picking up her third an over later, at one point sitting on outstanding figures of three for six before returning for her second spell to record her milestone scalp to become the second fastest South African to reach 100 wickets in Women’s One-Day International cricket.

After winning the toss and electing to take the field, Bangladesh bowled superbly well to restrict the scoring rate of the Proteas’ top order, limiting the South Africa’s score to 69 / 2 in the 20th over, despite a commendable effort from opener, Laura Wolvaardt 41 (52).

With scoring continuing to be difficult, the Tigresses picked up three more wickets in Lara Goodall (12) and Mignon du Preez (18) as well as captain, Suné Luus (25), who was unfortunately dismissed at the non-striker’s end to leave South Africa on 119 / 5.

A hugely important partnership between all-rounders Chloe Tryon (39) and Marizanne Kapp (42) then followed as their 71-run, sixth-wicket stand propelled the Proteas towards the 200-run mark before Jahanara Alam (2 / 28) made the breakthrough.

Despite a valiant effort from Kapp to help her side kick on, South Africa were eventually removed for 207 with one ball to spare.

In response, Bangladesh made a solid start with the bat, recording a 69-run opening stand between Shamima Sultana (27) and Sharmin Akhter (34) before Khaka made the all-important inroads to dismiss both openers within the space of two overs, including Salma Khatun for a duck with Bangladesh on 72 / 3 near the halfway mark of their chase.

A run out from Masabata Klaas of Fargana Hoque (8) then put further pressure on the Bangladeshis before Khaka claimed her memorable 100th scalp in the 50-over game in the 36th over.

That wicket was then followed by a fighting partnership between Nigar Sultana (29) and Ritu Moni (27), as the pair stubbornly put on 57 runs together for the seventh wicket to keep their team in the battle before both batters fell to du Preez through a run out, and Shabnim Ismail (1 / 33) respectively.

With a mountain to climb and only two wickets in hand, Bangladesh finally succumbed to South Africa’s will and were finally all out on 175 runs in the final over of the game, with Klaas (2 / 36) and Kapp (1 / 37) claiming the final two wickets to fall.

Khaka received the Player of the Match award for her performance as South Africa head into their second round-robin game against Pakistan on Friday, 10 March at the Bay Oval in Tauranga with two points on the board.