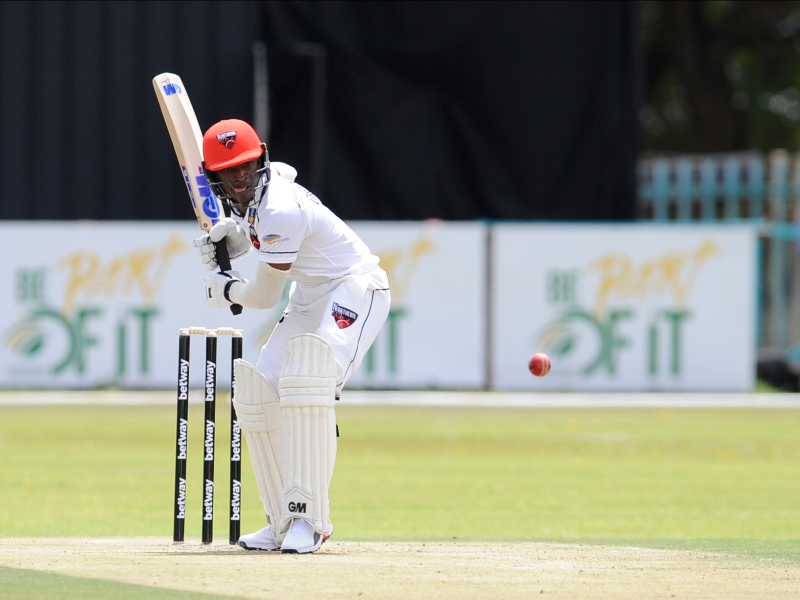 KIMBERLY: Northern Cape Heat were crowned champions of the Division 2 CSA 4-Day Domestic Series 2021/22 after their match ended in a draw against the Mpumalanga Rhinos on Sunday.

The draw saw the Heat winning the title despite rain interruptions on the last day after contenders, Six Gun Grill South Western Districts lost their match.

The Heat bowled first on Day One to dismiss the Rhinos’ openers early in the game after they won the toss and elected to bat first.

In response, Heat’s opening batter and man of the match, Isaac Dikgale’s brilliant batting display saw him score a double century, 232 off 359 balls with 25 boundaries and five maximums.

Dikgale’s anchoring performance was supported by Hanu Viljoen’s unbeaten 61*, Victor Mahlangu (60), and A. Swanepoel (49), to see the Heat declare their first innings with a high score of 489/9 in 123 overs

Akhulile Mkhatu claimed 4 wickets in his 24 overs, including the big wickets of Dikgale and Swanepoel.

Even though the second innings were interrupted by inclement weather in Kimberly, Peters (72), Adams (53), Hermann (69*) and Benjamin van Niekerk (59*) had laid a solid foundation for the Rhinos as they were on 312/4 at the end of play on Day Three.

Day Four was abandoned without a ball bowled due to rain, resulting in the match being drawn.

In another match that had strong title contenders, the Six Gun Grill SWD suffered a nine-wicket defeat to Eastern Cape Iinyathi.

SWD went onto their final match with a two-point lead over the Heat but the Oudtshoorn-based side was off to a not-so-good start.

After electing to bat first on Day One, the Iinyathi bowling attack dominated their opponents, taking wickets at regular intervals throughout the innings.

A century from Jean du Plessis (144 runs) provided a huge contribution and with a backing 56 runs from Sean Whitehead, SWD ended their first innings on 238 all out.

Iinyathi’s Sinovuyo Ntuntwana and Joshua Dodd both claimed three wickets each in the first innings.

But their lower order came to the rescue as Thomas Kaber’s unbeaten 138*, supported by Marco Marais 56, and Mncedisi Malika 49 helped the East London side end their first innings on 314.

Sintu Majeza 3/56 and Sean Whitehead 3/65 were responsible for the collapse of the Iinyathi batting order.

In the second innings, SWD were bowled out for only 188 runs. Opener, Blayde Capell’s half century, (76 runs off 134) was not enough as his teammates struggled with the bat.

Kaber continued to dominate from his batting to claim seven wickets in the second innings, (7/67 in 16 overs).

Iinyathi only needed a total of 113 runs to win the game. Jerome Bossr (57*) and Nonelela Yikha (46*) reached the target in twenty-nine overs with the loss of only one wicket, Jason Niemand (4).

The Hollywoodbets Tuskers and Limpopo Impalas also shared the spoils in Kimberly.

Impalas won the toss and elected to bat first on Day One as opener, Ludwig Kaestner top-scored with 139 runs, and with the support of Morne Venter (97), Impalas’ first innings ended on 330 runs.

A brilliant five-wicket haul from Tuskers’ Keith Dudgeon in his twenty-five overs with only 64 runs.

Tuskers’ response was not the one they had hoped for as their batters struggled to get the required runs in.

Kaestner continued his form from the first innings by adding 80 runs, and with a half century from Alex Pillay (52*), Impalas recorded a second innings score of 212 to take the lead in the game.

Michael Erlank took five wickets in his 31 overs at on only 57 runs.

A spirited second innings from the Tuskers resulted in the draw with every run contributing to the board.

High scores from Erlank (61) and Schlemmer (51), adding 47* runs from Tian Koekemoer and 42 runs from Dudgeon saw Tuskers on 255/9 at the end of play, and the match being drawn.

The best bowling figures in the innings include Malcolm Nofal’s five-wicket haul and three wickets claimed by Sithembile Langa.