CSA ONE DAY CUP ACTION SET TO KICK-OFF THIS WEEKEND 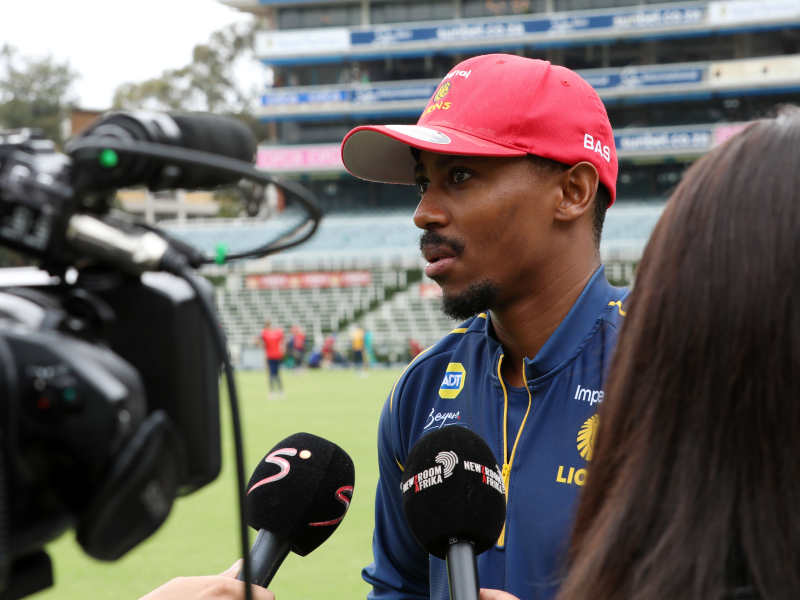 JOHANNESBURG: The Cricket South Africa (CSA) One – Day Cup 2021/22 gets underway this weekend with the first round commencing tomorrow, Friday, 11 March 2022 at venues across the country.

The tournament will be played in both Division One and Two in a round-robin format. All teams will play each other only once at home or away.

The top two teams will go through to the final in their respective divisions. The Division One final is set to take place on Wednesday, 06 April 2022 at 13h00 and Division Two on Friday, 08 April 2022.

A limited number of tickets will be available at selected venues throughout the competition.

All non-televised matches from the 2021/22 CSA One -Day Cup will be streamed live on the SuperSport YouTube page while the ball-by-ball action for all matches will be available on the CSA App.

Tomorrow, the Imperial Lions will host Gbets Warriors in a televised match at the Imperial Wanderers Stadium in Johannesburg.

The North West Dragons will take on the Six Gun Grill Western Province in Potchefstroom while the Momentum Multiply Titans go head-to-head with the Gbets Rocks in Centurion.

In preparation for the tournament, this is what some of the Division One coaches had to say ahead of the first round of the competition:

Titans’ assistant coach, Geoffery Toyana said; “It has been a great season for us. Our aim was to win at least two trophies this season. Even though we did not succeed in Gqeberha, winning the 4-Day campaign was great, but we keep our feet on the ground and look forward to the One Day Cup”.

“It will be a tough selection process in the opening matches of the tournament with our national players, Lungi Ngidi, Aiden Makram and Dean Elgar available for selection.”

Rocks’ Head Coach, Adrian Birrell, said; “We have had a good start in the new structure as we are still trying to find our feet in Division One.”

“We had a very good T20 campaign recently and lifting the CSA T20 challenge trophy was very good for us. We are hopeful that we will be able to continue with our good form into the fifty over competition.”

North West Dragons’ Coach, Craig Alexander, said; “Our preparation for this tournament has gone well. Even though it is a quick turn-around from both the 4-Day series and T20 challenge, we are confident that we will be competitive and continue to grow as a team.”

“Our goal is to keep increasing the standard of the cricket we play, taking all the positives and challenges from our T20 campaigns.”

Dolphins Head Coach, Imraan Khan, said; “Our preparations for this tournament have been very good and we take every competition as a new opportunity to challenge for a trophy.”

“We believe in the great group of players within our squad and our mentality is in a collective effort. I believe if we stick to our processes, we will be able to give it a good go.”

Knights’ coach, JP Triegaardt, said; “our preparations have been well, and we understand that we are taking on a very strong side.

“We started off the season very well, but we lost our shape in between. We have had time to reflect and refocus. We know every member of the team will have to pull through and dig deep for us to finish the season off on a good note after the great start we had”