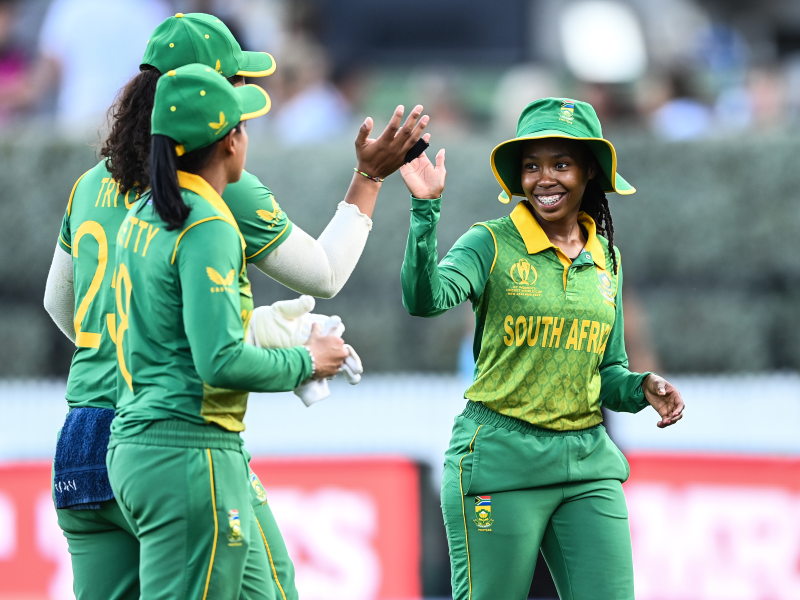 WELLINGTON: Momentum Proteas opening batter, Laura Wolvaardt believes her team have gained belief from the side’s tight battles during the 2022 ICC Women’s Cricket World Cup as they prepare for the challenge of Australia at the Basin Reserve in Wellington on Tuesday.

The top of the table clash gets underway from 11h00 local time (00h00 CAT) and will be broadcast live on SuperSport Grandstand in South Africa.

The Proteas Women head into the mouth-watering clash on the back of an impressive four straight wins following yet another thrilling final over victory over host nation, New Zealand where Wolvaardt and all-rounder Marizanne Kapp shone to cement the team’s second spot on the table.

“It’s given us a bit of confidence in tight situations, knowing that we can hold our nerve well at the end,” the opening batter stated regarding the team’s tense finishes, which also included thrillers against England, Pakistan, and Bangladesh.

“Obviously, it’s not ideal; we wouldn’t want to be in those situations again, especially in the last game where I feel like we had opportunities to end the game a lot earlier in that chase but just lost wickets at unfortunate times.

“It’s been good to see us getting over the line in tight situations and going forward, we will try and avoid those as much as we can because they can go either way in the last over,” she added.

Against first-placed Australia, the Proteas will be looking to make history by claiming their first ever win over the Aussies in One-Day International cricket. The team from down under have won 13 of the 14 matches against South Africa, with one clash ending in a tie, with the last game between the two sides taking place five years ago in 2017.

On their next opponents, the 22-year-old said: “Australia is a world class side, they are number one in the world so it’s not a game we are going to take lightly at all.

“We just need to see it as a normal game, just watch the ball and take it one ball at a time. We can’t go out there playing the player, it’s still about just playing the ball.

“We’ve never beaten them in an ODI so it is a great opportunity to do that, but we will have to be at the top of our game,” she continued.

In this year’s global showpiece, Wolvaardt has enjoyed a memorable start to the campaign, recording 260 runs at a splendid average of 65 in four matches including three consecutives scores of fifty or more and a top score of 77 off 101 balls (8 fours) against England in Tauranga.

Despite the solid performances, the right-hander is eager for even better displays, including the conversion of her half-centuries into hundreds.

“It is something that I have thought about; it is not nice going out three times in the 60s and 70s, and not quite getting to the hundred. I really want to score a hundred in a World Cup.

“It’s also not the worst problem to have either. I could be sitting here with four ducks or something like that. It is obviously a bit frustrating and if I find myself in that situation again, I must just have a bit of extra focus and take an extra second before I face the ball to make sure I am watching it properly and hopefully it comes right in the next game,” the Cape Townian concluded.

In injury news, fast bowler, Masabata Klaas has been ruled out of the Australia game due to a shoulder injury that caused her to sit out the rest of the New Zealand game after bowling just two overs.

After playing the Aussies, the Proteas will have just one day’s rest before they face the West Indies at the same venue in Wellington prior to wrapping up the round-robin stage with a clash against India at Hagley Oval in Christchurch on Sunday, 27 March.