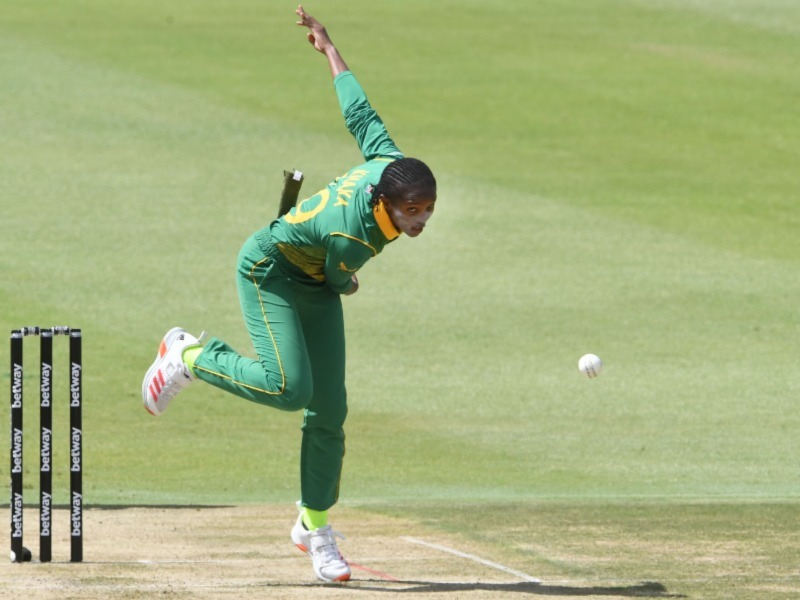 South Africa’s World Cup captain, Luus dispatched the winning runs for the Tornadoes as they successfully chased down 151 to win and lift the trophy in the final at the Dubai International Stadium against the Falcons on Sunday.

Following the finale, medium pacer Khaka, who represented the Spirit, was the only Protea named in the maiden edition’s Team of the Tournament after stellar performances with the ball that saw her take nine wickets, including the first ever five-wicket haul (5 for 9) against the Sapphires.

Amongst the other players from South Africa who took part in the tournament that is in association with Cricket Hong Kong, star batter, Laura Wolvaardt notched up 186 runs at a strike rate of 116.25, including two fifties for the Barmy Army.

Meanwhile, Shabnim Ismail bagged six wickets for the Sapphires, with Warriors’ Mignon du Preez grabbing what was arguably the catch of the tournament to dismiss her international teammate, Wolvaardt, in addition to her 120 runs and a high score of 75 not out at the crease.

“Another feather in the cap for this outstanding Momentum Proteas duo! Ayabonga once again proved her world class ability for the world to behold as she made history to become the first player to take a five-for and finished second on the wicket-taker’s list.

“Just like when she plays for her country, Suné showed great mettle with the bat in the middle periods for her Tornadoes outfit throughout the tournament and last night’s final was no different as she guided her team over the line to claim the inaugural trophy.

“These two players are hugely valued assets in South African cricket and provide shining examples for all aspiring cricketers to strive for anything they want to achieve in our beautiful game. CSA wishes to congratulate them and may their global success long continue,” Moseki added.

Commenting on the FairBreak achievements by the Proteas contingent, CSA Board Chairperson, Lawson Naidoo said:

“On behalf of the Board, congratulations to Ayabonga, Suné and all the South African players that proudly represented their nation in the first FairBreak Invitational in Dubai.

“In a tournament that brings together international cricketers from over 30 countries, it is with immense pride to see our Momentum Proteas feature prominently in the key moments of the tournament; from stunning catches to five-wicket hauls and explosive knocks.

“The present and the future of South African women’s cricket is as exciting as ever as the country prepares to host the inaugural ICC Women’s under-19 T20 World Cup and the 2023 ICC Women’s T20 Cricket World Cup early next year.’’